Hospitality bosses in the UK have warned that restrictions to prevent the spread of coronavirus could be the “nail in the coffin” for the industry, which had only just begun to recover from the first period of lockdown.

Reports that the government would impose curfews or a second shutdown on the sector sent share prices of leisure and travel businesses tumbling on Monday, while operators urged the government to provide evidence their establishments were the cause of a sharp uptick in cases over the past week.

Pub groups and travel companies were among the biggest fallers, with the share price of Marston’s, which owns 1,400 UK pubs, and rival Mitchells & Butlers dropping about 12 per cent. IAG, the owner of British Airways, registered a 10 per cent fall.

“For operators who have put so much time into [opening up] safely it is galling to look at going into a second lockdown,” said Phil Urban, chief executive of Mitchells & Butlers, which runs 1,745 sites in the UK and Germany.

With the state-backed job retention scheme due to end in October, the trade body UKHospitality said 900,000 jobs would be at risk if the sector was forced to close again without financial support.

“Everyone is living on debt and for the majority of people no extra funds are round the corner,” said Will Beckett, co-founder of the steak restaurant chain Hawksmoor. He added that curfews, which limited restaurants to about one serving per night, were “close to lockdown as being the nail in the coffin for our industry”.

The government has focused on closures or restrictions to pubs, restaurants and other venues as a way to limit the spread of the virus, which its scientific advisers warned on Monday could hit 50,000 cases per day by mid-October if left unchecked.

In an interview with ITV news on Monday, Matt Hancock, the health secretary, refused to rule out all pubs being shut by the weekend.

Many in the hospitality industry have stressed that there is little evidence to suggest pubs, restaurants and hotels — which have been largely open since July — are to blame for recent outbreaks.

Data from Public Health England published on Friday showed that 4.6 per cent of cases came from restaurants or food outlets, while 43 per cent were in care homes and 26.4 per cent were in educational settings.

UKHospitality said that across the sector, sales at the beginning of September had been relatively buoyant, averaging 80 per cent of last year’s levels. But last week, average revenue dropped to 69 per cent as rumours of a second lockdown started circulating. Businesses in Newcastle and Durham, which have already been subjected to curfews, had reported week-on-week falls in trade of up to 60 per cent.

“We are giving up our livelihoods and following the rules but not seeing any benefit in terms of health. If it was a hard cure but it worked then we would swallow the pill,” said Graham Cook, chief executive of the ten pin bowling operator All Star Lanes, which is backed by serial entrepreneur Luke Johnson’s Risk Capital fund.

The company, which lost £200,000 in cancelled bookings after the government initially delayed its reopening date, said reservations had fallen to 70 per cent of last year’s levels in the past week.

Kate Nicholls, chief executive of UKHospitality, warned that the uncertainty around the sector would make it harder for companies to raise the money they needed to see them through a difficult winter.

“Debt-to-ebitda ratio is going to soar and that further hampers your ability to get liquidity into the business going forward, so you are caught in a difficult spiral,” she said.

But, he added, that “stop-go” restrictions throughout the winter would “test the nerve of many investors”.

Mon Sep 21 , 2020
Across France and Spain and now the UK, messages from governments and scientists have an ominous familiarity. Six months after the pandemic forced economies into suspended animation, spiralling case numbers risk the same lockdowns all over again. Britain, which was late going into its first lockdown, suffered more than most […] 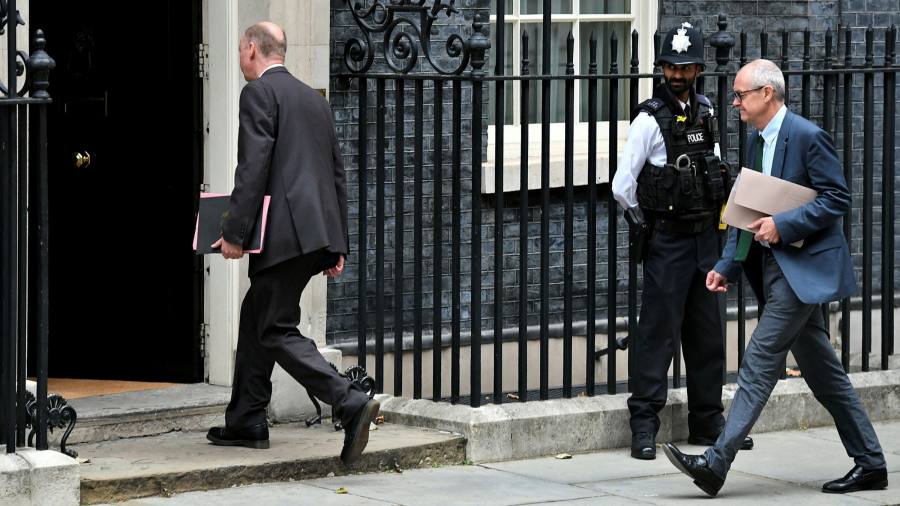