LONDON (LPC) – UK software company Micro Focus International has relaunched an US$835m-equivalent dual-currency term loan to refinance debt, having been forced to postpone the transaction in March due to adverse market conditions.

The loan, which will refinance a portion of an existing 2021 dollar-denominated TLB, is smaller and pricing is higher than the deal that was originally launched in February.

The refinancing comprises a €400m term loan B and a US$400m term loan B, guided to pay 450bp over Euribor/Libor at 97 OID. The euro tranche is offered with a 0% floor and the dollar has a 1% floor.

Lenders have been asked to commit to the refinancing by May 29, following a lender call on May 26.

The refinancing originally comprised a minimum US$500m tranche and a minimum €500m tranche. The firm also intended to extend a US$500m RCF from September 2022 to June 2024.

Micro Focus will use the new term loans, along with US$150m of cash on balance sheet, to refinance a portion of the dollar-denominated TLB.

Micro Focus drew US$175m from its US$500m RCF as a precautionary measure as a result of the Covid-19 crisis.

The company placed the drawn funds in accessible money market facilities in order to further increase its available liquidity, which stood at US$1.1bn at the end of April.

The pandemic disrupted new sales activity and the company expects to report revenue of around US$1.45bn in the first half, down around 11% compared to the six months ended April 30, 2019.

Tue May 26 , 2020
(Reuters) – European shares hovered near a 11-week high on Tuesday, with UK markets surging after a long weekend, as businesses worldwide gradually reopened following a months-long lockdown. FILE PHOTO: The German share price index DAX graph is pictured at the stock exchange in Frankfurt, Germany, May 25, 2020. REUTERS/Staff […] 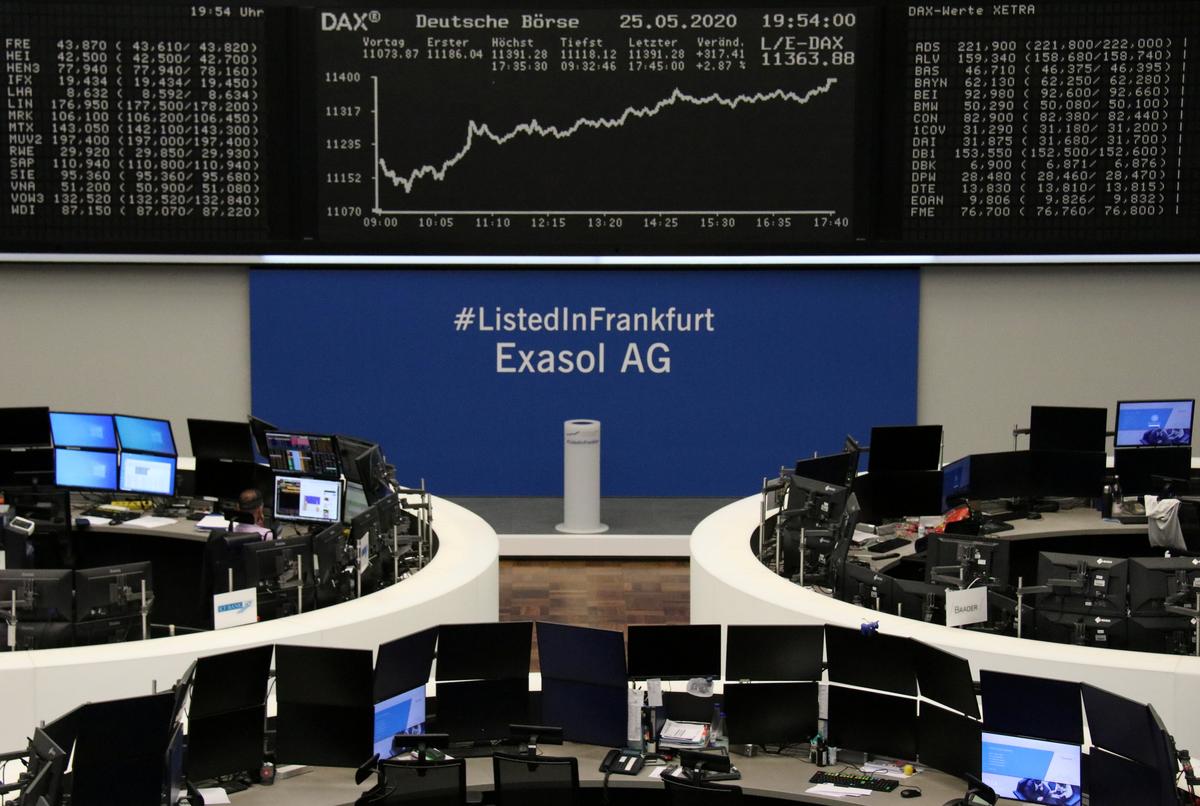