Conservative MPs and ministers have also expressed their concerns that the new curbs risk undermining the UK’s economic recovery and harm consumer confidence.

Prime minister Boris Johnson on Wednesday urged people in England to limit social contact, with new, stricter rules limiting gatherings to no more than six from Monday. Pilots of sports and entertainment events will also be reviewed.

The announcement marked the first crackdown on safety rules since the government sought to loosen Covid-19 restrictions over the summer after actively encouraging people to return to restaurants in August with a £10 voucher scheme. It also urged more workers to return to offices to support city-centre economies.

The fresh measures have sparked worries from businesses in the leisure, hospitality and sports industries, which have incurred huge losses due to lockdown measures. They had been hoping that, after they were relaxed in the summer, consumers would return in greater numbers through the autumn.

Many restaurants and pubs said that business had returned strongly on the back of the chancellor’s scheme in August.

Kate Nicholls, head of UKHospitality, the industry trade body, said that restaurants were already seeing cancellations of tables for eight and smaller bookings as consumers worried about a second surge of coronavirus.

“The biggest risk is the cooling effect on consumer confidence. There is a real danger that this disrupts the growing momentum built up over the summer,” said Ms Nicholls.

She added that a fifth of consumers had still not returned to eating and drinking out, and that a quarter of premises had not reopened despite the relaxation of measures in the summer.

Ms Nicholls warned that the announcement would also undermine efforts to reopen events, functions and business meetings in October.

“We were piloting a reopening of events, functions and business meetings with the government this month with a view to reopening from October 1,” she said, adding: “That pilot and reopening date was critical for the last quarter of the year, when there are a larger than normal number of such events and many premises will earn 30-40 per cent of their revenues between Halloween and new year.”

Steve Baker, the Conservative MP for Wycombe and a member of the Treasury select committee, said that the latest restrictions “look increasingly disproportionate”.

“I’m finding usually sensible people are alarmed by the government’s authoritarian reaction to Covid-19 — and no wonder. Ministers must have regard to the rights of a free people, whatever the advice,” he said.

One Cabinet minister said the government was struggling to strike the right balance between encouraging people to spend while remaining safe. “All of our messaging has been about opening up the economy, but there is a big danger it is reversed and people stay at home again.”

But another minister said the latest changes were “good” because it kept schools and businesses open. “It just tries to limit a bit more effectively socialising. The data all shows that is where the spread is so everyone clearly needs a bit of help reining in their social enthusiasm.”

Will Beckett, founder of restaurant chain Hawksmoor, said that the measures had a negative impact on confidence, pointing to the “glut of cancellations” among independent restaurant groups since the announcement.

“We were all feeling that there was a slow return to something normal,” he added. “Yesterday, it felt like two steps back.”

He said that restaurants were being included in the concerns about private gatherings, adding that while the rules had changed to limit groups to six, within this, the group could now be made up of those from different households.

Tim Foster, founder of the Yummy Pub Co chain, described the new rules as “a real setback”. “I’ve spent the last two weeks planning Christmas and business meetings, [and] with yesterday’s step back it’s looking harder and harder to plan . . . we are having to live on a knife-edge.”

He said that the group had lost business in October “when we believed new guidelines would be acceptable within conference and events”. He added that this “puts even more pressure on London sites which are struggling to break even currently and the teams having to manage consumers’ expectations around the rules”.

James Morris, who runs a marquee company, said that he had to speak to clients with events booked in October — including a wedding — over whether they could go ahead as planned.

“It has been a lot more positive over the last couple of weeks. Everything is about confidence. It’s inevitable [that this will have an impact].”

Treasury insiders said that the hospitality industry was still receiving targeted support — with cuts in VAT continuing until March, for example — and that restaurants remained open, despite the restrictions on how many people could dine in them.

Boris Johnson’s government is right to protect integrity of UK

Thu Sep 10 , 2020
The writer, a former Conservative cabinet member, is MP for Chingford and Woodford Green The UK has reached a critical moment in securing its post-Brexit future. This week, Boris Johnson’s government introduced important legislation, the internal market bill, to ensure the maintenance of a free market in goods and services […] 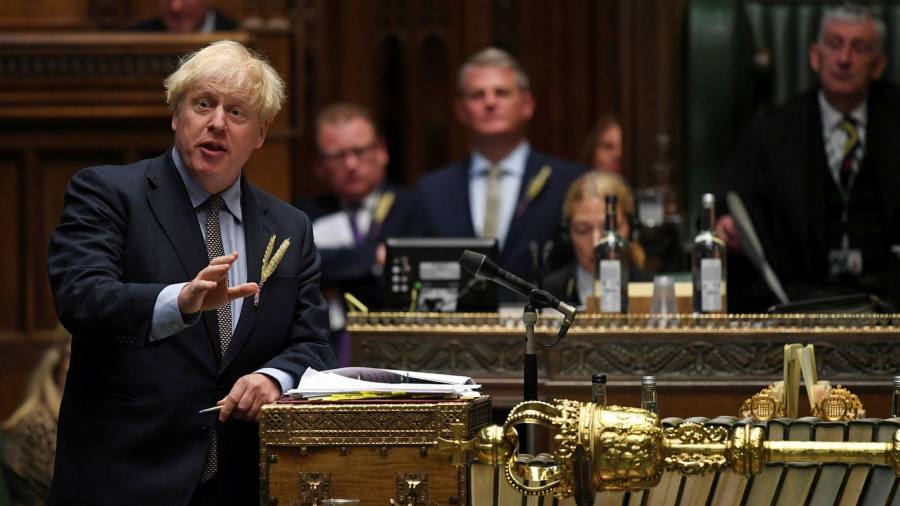 What Is A Business Day