The British Fashion Council has warned that as many as 240,000 jobs are expected to be lost in the UK fashion industry because of coronavirus over the next 18 months — about 27 per cent of its workforce. The body has called for more government aid as it warned in […]

The British Fashion Council has warned that as many as 240,000 jobs are expected to be lost in the UK fashion industry because of coronavirus over the next 18 months — about 27 per cent of its workforce.

The body has called for more government aid as it warned in a report with Oxford Economics that the pandemic recession is expected to hit the fashion industry “twice as hard” relative to the UK overall, in effect “wiping out” a decade of revenue growth.

Revenues this year are forecast to plunge from £118bn in 2019 to £88bn, with GDP contribution dropping from £35bn to £26.2bn, said the report released on Thursday.

While non-essential stores have reopened since June 15, a lack of events — concerts, festivals, weddings, “all the things that create a need for clothes” — has led to a “significant” ongoing decline in retail sales, Caroline Rush, chief executive of the British Fashion Council, told the FT.

Job cuts in the sector began in earnest last month, when 50-year-old handbag-maker Mulberry announced plans to axe 400 jobs, or about a quarter of its workforce.

Harrods, John Lewis and Topshop owner Arcadia Group announced they would be cutting hundreds of jobs on July 1, the same day Boris Johnson publicly urged companies to retain staff “until times get better”.

Burberry, the country’s largest luxury fashion brand, with a market value of £6bn, said on Wednesday that it would shed up to 500 jobs to conserve cash after a sharp drop in second-quarter sales.

About 80 per cent of UK fashion jobs are in retail but losses are also expected to affect fashion designers, manufacturers, media and suppliers, the council said.

The report predicted 240,000 direct job losses in a sector that employs roughly employs 890,000 people, adding that including indirect jobs such as those through the supply chain, the number could rise to 350,000 — or 1 per cent of UK employment.

The fashion sector, which accounts for 1.6 per cent of Britain’s GDP, is highly fragmented, made up primarily of small and medium-sized businesses rather than dominated by large conglomerates such as France’s LVMH and Kering.

The British Fashion Council highlighted that many businesses have not been able to access government support schemes and is urging Westminster to adopt measures to help struggling operators. These include enabling lease negotiations “where landlords aren’t acting responsibly”, and grants and interest-free loans for small and medium-sized businesses not eligible for state relief.

It is also calling for legislation that would prevent large retailers from cancelling orders without payment and demanding sell-through guarantees (where designers, and not stores, are held financially responsible if the retailer is unable to sell all of a designer’s goods at full-price).

“Businesses [can be] wiped out by cancellations of orders,” said Ms Rush, noting that the “majority” of young fashion businesses rely on wholesale for most of their revenues. In May, the BFC awarded £880,000 in relief grants to 37 designers that had been affected by order cancellations.

Ms Rush added that many designers were now re-engineering their business models to be less wholesale-dependent, investing more in direct sales channels, such as ecommerce. “Designers don’t want to be put in this situation again,” she said.

The British Fashion Council warned in a statement accompanying the report that “an entire generation of creative talent is threatened to disappear, putting in danger the UK’s position as the creative crucible of global fashion”.

Thu Jul 16 , 2020
UK lenders appear to have forgotten the jangling sound of keys dropped through the letterbox. Enthused by the chancellor’s stamp duty holiday, pent-up demand and a dip in home prices, Nationwide this week reinstated its 90 per cent loan-to-value ratio for first-time buyers. When coronavirus took hold lenders pulled their […] 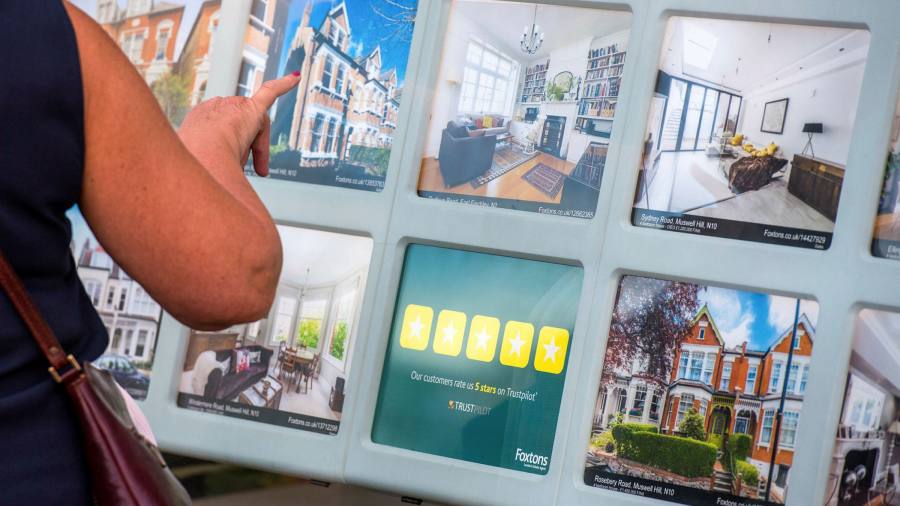