U.S. one-hundred dollar banknotes are arranged for a photograph in Hong Kong on April 15, 2019. Paul Yeung | Bloomberg | Getty Images The dollar nursed losses against major currencies on Tuesday after encouraging data from the trial of a vaccine for Covid-19 reduced safe-haven demand for the greenback. The […]

The dollar nursed losses against major currencies on Tuesday after encouraging data from the trial of a vaccine for Covid-19 reduced safe-haven demand for the greenback.

The euro held onto hefty gains against the Swiss franc and the dollar following a proposal by France and Germany for a 500 billion euro ($543 billion) recovery fund offering grants to regions hit hardest by the coronavirus crisis.

Currencies linked to commodities and other riskier assets were broadly supported thanks also to a sharp rebound in oil prices as investors’ focus turned to recovery from the pandemic.

“There has been a big improvement in risk sentiment because of hopes for a vaccine,” said Junichi Ishikwa, senior FX strategist at IG Securities in Tokyo.

“Volatility is falling for stocks and dollar-funding costs are lower. It’s easy for the dollar to fall and for other currencies to ride the dollar’s losses higher.”

Wall Street shares, emerging market assets, and commodities all rallied after encouraging data from a Covid-19 vaccine trial by U.S. drugmaker Moderna added to the optimism as more governments scale back lockdown restrictions.

The euro bought $1.0917 in Asia on Tuesday, having gained 0.9% against the greenback in the previous session.

The common currency traded at 1.0607 Swiss franc after jumping on Monday to the highest in more than two months.

The euro’s rally overnight came after France and Germany proposed that the European Commission borrow money on behalf of the whole EU for the recovery fund. The news also sent Italian government bond yields skidding to their lowest in more than a month.

The proposed fund is mostly expected to benefit Italy and Spain, whose economies have been hit hard by the coronavirus pandemic but have weak public finances.

The euro’s sudden rise will face a test later on Tuesday with the release of the closely-watched ZEW survey on German investor sentiment.

The pound also benefited from the dollar’s losses and rose to $1.2215.

While coronavirus infection rates in many places have now fallen to levels low enough to allow factories and businesses to re-open, some concern remains because the outbreak is not completely under control.

The novel coronavirus, which causes the Covid-19 illness, first emerged in China late last year and has paralyzed global economic activity as it spread across the world.

Elsewhere, the antipodean currencies stood tall against their U.S. counterpart, benefiting from the improvement in risk appetite and rising commodity prices.

The Reserve Bank of Australia will release minutes from its most recent monetary policy meeting later on Tuesday, which may help investors determine the chance of further monetary easing.

The New Zealand dollar rose 0.26% to $0.6055 after Reserve Bank of New Zealand Deputy Governor Geoff Bascand told Reuters the central bank will re-evaluate its monetary easing in about three months to determine whether “to do more or take the foot off the pedal a little bit.”

Tue May 19 , 2020
FILE PHOTO: A handful of tourists stand atop the mostly deserted steps of the Sydney Opera House, where scheduled public performances have been cancelled due to the coronavirus disease (COVID-19), in Sydney, Australia, March 18, 2020. REUTERS/Loren Elliott/File Photo SYDNEY (Reuters) – Australia is facing an “unprecedented” economic contraction due […] 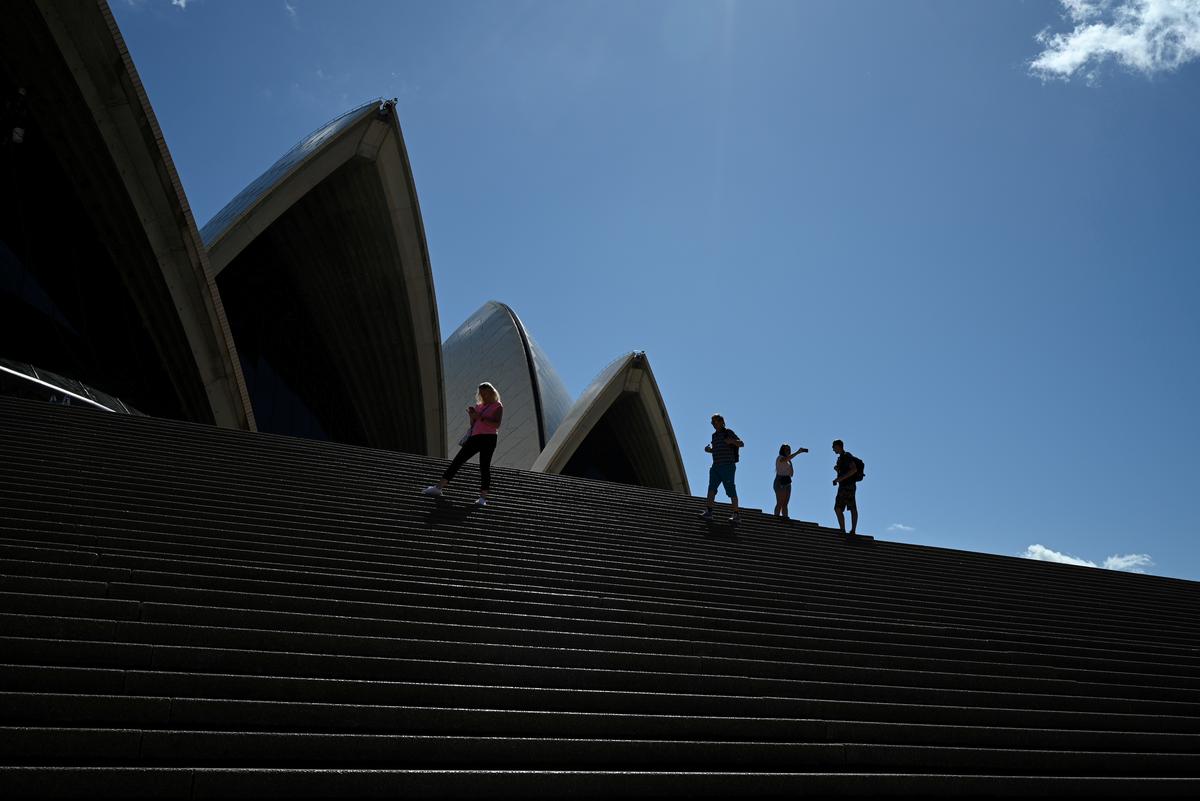