LONDON (Reuters) – Virgin Money (VMUK.L) swung to a first-half loss after setting aside 237 million pounds to handle loans likely to turn sour as a result of the coronavirus crisis.

The bank, which became the UK’s sixth-largest lender following a merger with CYBG, reported a pre-tax loss of 4 million pounds for the six months ended March 31, compared to a 50 million pounds profit a year earlier.

The pre-tax loss was in line with expectations, according to an average of analyst forecasts compiled by the company.

The provisions echo similar moves by Britain’s biggest banks RBS (RBS.L), Lloyds (LLOY.L), HSBC (HSBA.L) and Barclays (BARC.L), who set aside 6.7 billion pounds in provisions for likely loan losses last week. The government imposed a lockdown in late March to contain the spread of the new coronavirus, bringing the economy to a near halt and making it tougher for some businesses and consumers to pay back loans on time. Virgin Money, which is in the midst of rebranding, said it had entered the crisis from a position of strength, but warned it anticipated “limited customer demand for lending and an increase in the number of customers suffering challenges” over the next six months.The bank – which has lost more than 60% of its market value this year amid a heavy sell-off of lender stocks – reported a core capital buffer of 13.4%, above expectations of 12.8%.

Wed May 6 , 2020
FILE PHOTO: The German share price index DAX graph is pictured at the stock exchange in Frankfurt, Germany, May 4, 2020. REUTERS/Staff LONDON (Reuters) – Corporate profits expectations for the second and third quarters continued to deteriorate sharply in Europe, Refinitiv data showed on Wednesday, as fears about the scale […] 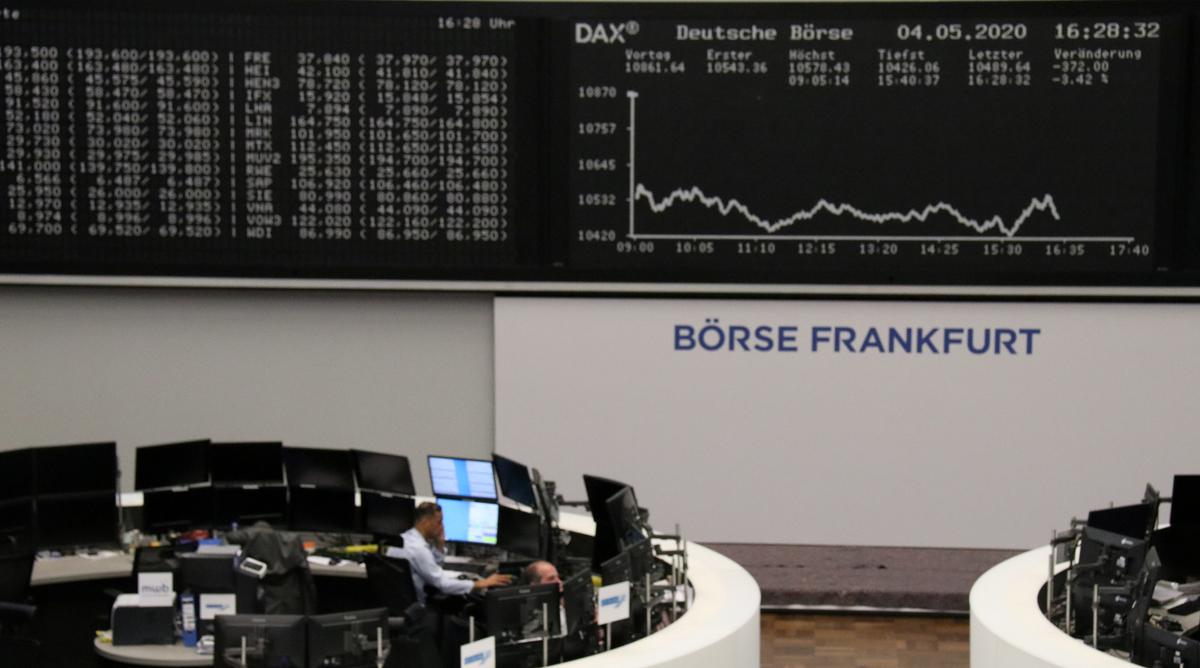