Overseas doctors recruited to the UK have described how weeks of delays in processing their immigration applications have held them up, preventing them from filling hundreds of critical vacancies in the NHS.

The staff are currently in Nigeria, India, Pakistan, Nepal, Kuwait, Saudi Arabia and other countries waiting mostly for “vignettes” — passport stamps that will allow them to travel to and work in the UK before they receive long-term residence permits.

A doctor awaiting a vignette in Saudi Arabia estimated there were 200 doctors held up by some kind of UK visa issue in her country alone. Julia Patterson, founder of Every Doctor, a support group for medical staff, whose supporters brought the issue to her attention, said she estimated several hundred doctors were affected in multiple countries.

The delays are the latest immigration system challenge during the coronavirus crisis for the more than 24,000 doctors working in NHS hospitals who are from outside both the UK and EU. The system has already created substantial problems for possibly thousands of doctors working in the UK after the Home Office collected their residence permits to issue new, extended ones then left them without the critical documents for months.

One junior doctor in India, who like several others requested anonymity to avoid repercussions, said coronavirus restrictions meant it was July 6 before she could apply for a visa for a job in England she was supposed to take up in April. After a series of further delays, UK Visas and Immigration had told her a decision had been made on her application on August 12 but she was still waiting for the return of her passport.

She said she knew “quite a few” other people in the same situation. “I’m frustrated,” the junior doctor said. “They’ve been incredibly slow.”

A doctor in Pakistan, due to take up a paediatrics post in south-east England in March, said he had submitted the passports for himself and two dependants on July 27, the first day visa-processing centres in the country reopened, for what was supposed to be a 15-day service. But he had not yet heard anything.

Like many others, he was awaiting replacement of a vignette that expired while coronavirus restrictions made it impossible to travel. Vignettes are normally valid for only 30 days. There were “many doctors” in Pakistan in the same situation, he said, and he had “no idea” when the situation would be resolved.

The doctor in Saudi Arabia had been waiting in vain for two months for a response from a visa-processing centre after submitting a request for a replacement for an expired vignette.

A doctor in Nigeria who had submitted an application for a new vignette on July 28 had still not had his passport returned and knew of 10 others in the same situation.

Meanwhile, Shailu Kurmi, from Kathmandu in Nepal, who is waiting to start work in the emergency department at the Whittington Hospital in Highgate, north London, estimated there were 30 doctors in Nepal waiting to take up NHS jobs. He had made an appointment with the local visa-processing service for August 19, when the service was due to restart after a coronavirus lockdown. But the appointment was cancelled when Nepal declared a new lockdown starting on August 20.

Many of the overseas staff are currently unemployed because they gave notice to previous employers before the immigration problems emerged. 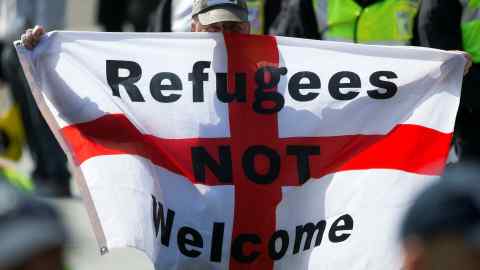 The NHS relies on non-European staff to fill vacancies in hospital medical roles — which were estimated at 10,000 before the coronavirus crisis. Non-European doctors account for 19.9 per cent of all NHS hospital doctors. The issues are particularly acute because of the strain resulting from months of battling coronavirus.

Ms Patterson said the problems with residence permits and vignettes underlined the need to improve how the immigration system served overseas medical staff. “I just think it’s a worrying situation because these doctors have been recruited by NHS Trusts which desperately need employees,” she said.

The Home Office acknowledged the importance of ensuring migrant doctors could come to the UK. But it added that during the “unprecedented global public health emergency,” visa application centres had had to take a “measured approach to reopening”.

“In some circumstances, where countries impose tighter restrictions, we may have to close our visa application centres accordingly,” it said.

Danny Mortimer, chief executive of NHS Employers, which oversees NHS trusts’ personnel management, insisted it had found the visa and immigration department “very helpful” in responding to specific problems in bringing newly-recruited doctors and nurses to the UK.

But he added: “If the issues become more entrenched, we may need to look at different ways of managing the process while maintaining standards.”

London: not falling down | Financial Times

Mon Aug 31 , 2020
London symbols are tumbling like dominoes. Beefeaters are being laid off, TechHub — the city’s answer to Silicon Valley — has gone bust and love-it-or-hate-it Cereal Killer Cafe has shut up shop. Even the Tower of London’s famed ravens, missing the usual tourist hustle and bustle, are fleeing. The UK’s […] 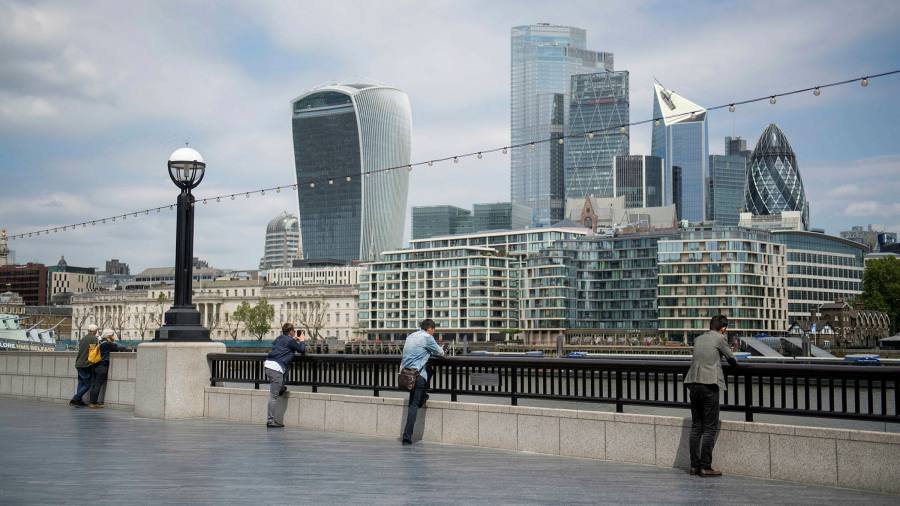