For the first few weeks of the lockdown, Mark Drakeford, the first minister of Wales, was willing to follow Westminster’s strategies for fighting Covid-19.

But since Boris Johnson, UK prime minister, began reopening parts of the English economy, new, if invisible, barriers have appeared on the border between England and Wales as Mr Drakeford, like his counterparts in Scotland and Northern Ireland, has dug in for a longer haul.

“Wales stuck with England on Brexit in a way Scotland and Northern Ireland didn’t,” said Matt Cole, political historian at the University of Birmingham. But, he added, “on the management of Covid-19 they have broken ranks”.

Disagreements over how to tackle the virus have brought into sharp relief the extent to which the four nations of the UK have diverged beyond what was envisaged two decades ago, when Westminster ceded some powers over health, transport and policing.

On Monday, Wales allowed nurseries and recycling centres to open as part of an ultra cautious plan to lift restrictions. The measures are based on a graduated traffic light system, “to define how restrictions on different areas of Welsh life” can be eased as the spread of the disease diminishes.

But Cardiff stopped well short of following England, where the government this month initiated a faster lifting of lockdown measures and is planning the phased reopening of schools from June 1.

These differences have not only sewn confusion over what is or is not permissible, they have also made it potentially punishable for the first time in centuries for the English to cross the border into Wales.

Speaking on the telephone from Cardiff, Mr Drakeford said better communication between London and Cardiff might have prevented these “rough edges” from emerging and preserved a common four-nation front against the virus.

This began to fray on May 10 when Mr Johnson unilaterally changed his government’s coronavirus messaging from “stay at home” to “stay alert”.

Before that, pandemic discussions between Westminster and Cardiff had moved in “fits and starts”, according to Mr Drakeford. “The more we talk about dilemmas and difficulties we face, the more we are likely to end up with a shared UK position — because the talking helps,” he said.

The first minister is a former sociology professor, on the left of the Labour party and was a supporter of former leader Jeremy Corbyn.

Wales is the only UK nation where Labour holds sway, albeit under pressure from Welsh nationalists, Brexit supporters and, since a surge of support shown in last December’s elections, the Conservatives.

In the larger debate between those who believe public health should be prioritised above everything during the pandemic, and those who believe there must be an economic trade-off, Mr Drakeford said Wales was firmly in the “health first” category.

“The worst thing for the economy would be to do something risky and throw away all the gains we have made over the last six weeks. That would be bad for people’s health and bad for the economy,” he said.

The Welsh executive has been criticised for some aspects of its handling of the crisis, including failing to meet its modest targets for testing. But Victoria Winkler, who heads the Bevan Foundation think-tank, said there did not appear to be widespread opposition to Mr Drakeford’s more cautious approach to easing the lockdown.

“If the rate of death or infection can be substantially reduced for another three weeks, the economic price is worth paying,” she said.

Some in the Welsh Conservative party, however, fear that the pandemic is providing an opportunity for Labour to consolidate a socialist agenda from Cardiff and, with an eye on assembly elections next year, play to the Welsh nationalist vote.

“The Welsh government is playing politics with the virus and doing anything possible to do things differently from England,” said Adrian Mason, an elected councillor and deputy chair of the Conservative party in north Wales.

He said that official warnings to the English not to cross the border to second homes or national parks were counterproductive for the economy.

“You have to trust people to use their common sense. That is what the Conservative government [in Westminster] is saying. Here in Wales they tell us what to do.”

The pandemic is a significant moment in the complex process of devolution, argued Mr Cole of Birmingham university. Initiated in 1999, it initially had only lukewarm support from Wales, unlike Scotland. Now, for the first time, cross-border disagreements are not just about policy but also the fractious issue of who is in control of it.

Leanne Wood, former leader of Plaid Cymru, the Welsh nationalist party, said it made sense for the nation to take its own approach to the virus. She was speaking from the Rhondda Valley in the south, where infections are still rife, and the official death rate — at 83.7 deaths per 100,000 — is nearly twice the average in Wales.

She also welcomed the broader ramifications of the decision to diverge from England. “More and more people are talking about decisions in Wales being made in Wales for the best interests of Wales. That has to be good,” she said.

However, Mr Drakeford, who is an advocate of devolution but also a strong supporter of the union, said: “We have the best of both worlds — the strength of the United Kingdom and the capacity to make decisions for ourselves.”

Wed May 20 , 2020
SHANGHAI (Reuters) – China held its benchmark lending rate steady on Wednesday, though analysts believe the widely expected decision signals just a brief pause in the central bank’s efforts to support an economy ravaged by the coronavirus pandemic. FILE PHOTO – Headquarters of the People’s Bank of China (PBOC), the […] 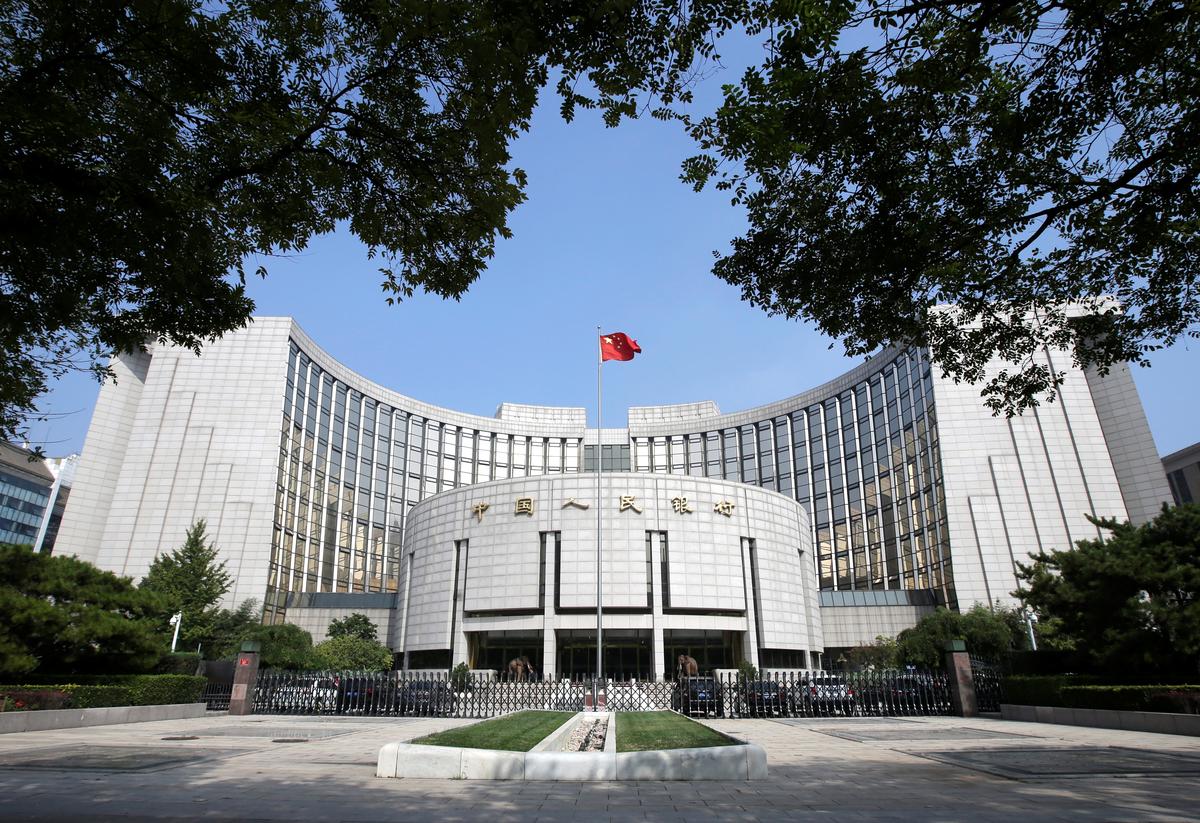