Southwold is a gorgeous English seaside resort. Perched on the eastern edge of the British Isles, holidaymakers flock here in their thousands — many to second homes away from London. Reflecting the palpable wealth of those who shop here, its high street has few chains, almost no empty shops and […]

Southwold is a gorgeous English seaside resort. Perched on the eastern edge of the British Isles, holidaymakers flock here in their thousands — many to second homes away from London. Reflecting the palpable wealth of those who shop here, its high street has few chains, almost no empty shops and plenty of upmarket pubs and cafés.

England, including Southwold, has been shutdown since March. When the lockdown was mostly eased last weekend, it was hard to spot the difference with an ordinary summer’s day. The heart of this town is more than just retail: the high street is the core of a small community where people gather for socialising as much as shopping — a mix other small towns need to emulate.

Most of Southwold’s outlets are trading prosperously again. Emily, who serves coffee from Harris and James near the beach, says the town has developed a new rhythm. “It’s almost back to normal — except for the plastic screens. We’ve had a steady stream of people this weekend and the customers seem to have adjusted pretty well.”

The jewel in Southwold’s crown is Adnams, the family brewery that employs 552 people through 50 pubs and 13 shops. Its typical customers are middle aged folks with “quite a degree of affluence” says chief executive Andy Wood. Yet this 150-year-old brewery, still based in its Victorian buildings near the high street, has had to act rapidly to adapt to the circumstances enforced by Covid-19.

When lockdown began in March, 80 per cent of Adnams’ revenue evaporated. Now, the indications of brisk recovery are emerging. “One swallow doesn’t make a summer, but we saw demand over the weekend in our pubs at about 70 per cent of what we’d normally see, which I was quite encouraged by,” Mr Wood says.

During lockdown, Adnams expanded online operations while temporarily closing physical outlets. Rather than mainly selling beers and spirits to pubs and supermarkets, it focused on sales directly to drinkers. The new on and offline mix will probably continue. “We’re in a relatively good position, but we mustn’t be complacent,” the CEO says.

Well-heeled high streets are not the only ones that appear to have survived the worst of the lockdown. Richard Holden, Conservative MP for rural North West Durham, says “most things were open on my high streets with only a handful still closed. It’s nowhere near as bad as people predicted . . . everyone is happy to be back open and people are happy to be out again.”

As with much else in the British economy, coronavirus will exaggerate existing trends — particularly the shift away from shopping-dominated malls. Helen Dickinson, chief executive of the British Retail Consortium trade group, says companies are taking a tough look at the need for so much physical space.

“The British high street is no longer all retail, it’s about being an integral part of the community. The reimagining into a broader purpose was already under way, but now it’s crucial. The lockdown has shown us the importance of community and care to people’s wellbeing and we need to build on that,” she says. Prime minister Boris Johnson’s government is aiding that shift: by relaxing planning laws, it has brought alfresco dining to more of the British high street, despite the frequently inclement weather.

But the expansion of online retailing adds to another major challenge facing town centres: business tax rates. Although chancellor Rishi Sunak has granted a rates holiday until next April, Southwold’s small retailers are fearful of the cliff edge. Some say they hope to save up whatever cash they can this summer ahead of more difficult times.

So far the government has given high streets what they have asked for since the pandemic began — relaxing taxes and creating a generous furlough scheme. But as physical shops decline in importance, there is a growing need to cut taxes on them to match. As one Tory minister remarks, “if I was prime minister for a day, I would slash business rates and conjure up a rent assistance package. It would empty half of my post bag. Our voters need to feel their local community is strong and a thriving high street is part of that. Even if there are fewer shops than before.”

Tue Jul 7 , 2020
Governments need to start scaling back emergency wage subsidy schemes introduced to cushion their economies from the coronavirus pandemic, in order to encourage workers to move out of shrinking sectors, the OECD has said. The coronavirus crisis has pushed up unemployment across the organisation’s member countries to 8.4 per cent, […] 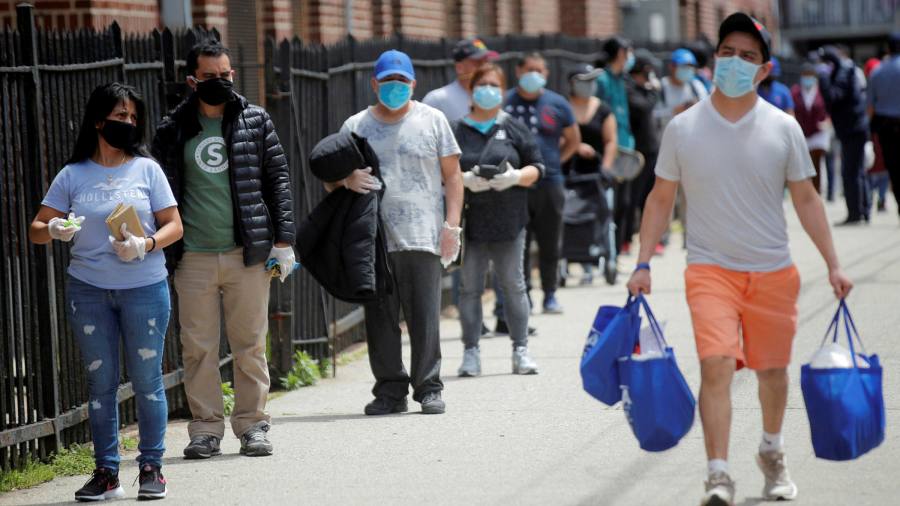