At its most recent monetary policy meeting in late July, the Federal Reserve sent a clear signal: the US central bank would not waver in its determination to support the nascent economic recovery from the Covid-19 crisis.

“We’re in this until we’re well through it,” Fed chairman Jay Powell said at the press conference that followed the two-day gathering. “The picture is, you have the lockdown, then you have the reopening, but there’s probably going to be a long tail where a large number of people are going to be struggling to get back to work.”

Despite these reassuring words, investors were left wondering what policies the Fed was considering in the near term. More detail should come on Wednesday, when the minutes from July’s meeting are released.

Fed officials have already indicated their support for a more explicit form of forward guidance, in which they tether the future path of the benchmark US interest rate to specific economic metrics such as unemployment or inflation levels. But, so far, it has been unclear when such a policy might be taken.

Investors also want to know if the Fed is willing to make adjustments to its bond-buying programme.

The central bank is currently buying Treasuries of all maturities at a pace of $80bn a month. Given the planned surge in long-dated Treasury issuance to fund record Covid-related spending packages, speculation has grown that the Fed may need to shift the focus of its purchases to the longer end of the yield curve.

Any mention of that policy change in the minutes could ease the effects of last Thursday’s disappointing 30-year bond auction, when lacklustre demand unsettled prices in the secondary market. Colby Smith

Could the threat of deflation weigh on the pound?

Data released last Wednesday showed that the UK suffered the worst economic slump in the second quarter among big European economies. But analysts are hoping for brighter news this week.

Consumer price index data for July, due on Wednesday, is expected to show an uptick of 0.6 per cent from a year earlier. However, some investors worry that price movements could turn negative in the months ahead, bringing important implications for the path of monetary policy and the pound.

Sterling has been resilient of late, shrugging off that 20 per cent fall in Q2 economic output. The currency has notched up a 7 per cent gain against the dollar over the past three months — despite stalling Brexit trade negotiations, which are set to resume on Monday — to trade at $1.31 on Friday.

This performance has in part reflected the Bank of England’s firm rejection of negative interest rates at its last meeting in early August, when policymakers unanimously voted to keep rates unchanged at 0.1 per cent.

Anything that weakens this resolve could be a threat to sterling. Ruth Gregory, senior UK economist at Capital Economics, warned that the impact of tax cuts for the hospitality sector and a government-subsidised eating-out programme could mean the UK enters a brief period of deflation for the first time in five years in August.

Others remain bullish on the pound’s prospects. Thomas Flury, a strategist at UBS Global Wealth Management, expects sterling to finish the year trading at $1.35. He argues that the currency offers a good alternative for investors looking to diversify from the US dollar. Eva Szalay

A flurry of data releases this week, ranging from exports to industrial production, is expected to give investors a deeper insight into how Japan’s economy has fared in recent months as its retail and leisure sectors recover from the Covid-19 shock. Primary among them will be Friday’s release of national consumer price inflation data for July.

CPI figures for greater Tokyo for the same month, released in early August, have already provided some guidance. For all items except fresh food, they registered a surprise 0.4 per cent year-on-year increase.

Analysts at Citi, however, expect nationwide prices to have risen just 0.1 per cent year-on-year in July, while Nomura is more downbeat, saying the smallest of gains would be unsustainable as the economy continues to feel the effects of the viral outbreak. Nomura’s analysts predict Japan could experience deflation of close to 1 per cent in the coming months.

Activity is rebounding in some areas. Retail store sales jumped 13.1 per cent month-on-month in June on pent-up demand for clothes and durable goods.

But Covid-19 infections also rose sharply in July. This risks re-establishing the “fear factor” that hit domestic consumption in the early months of the crisis, according to Nomura. Leo Lewis

Sun Aug 16 , 2020
The UK will remain an attractive investment destination after Brexit because global trade turmoil has become the “new normal” for companies, according to the head of India’s Tata, one of Britain’s largest private sector employers. Brexit had not unduly hurt the UK’s standing, said Tata Sons chairman Natarajan Chandrasekaran, though […] 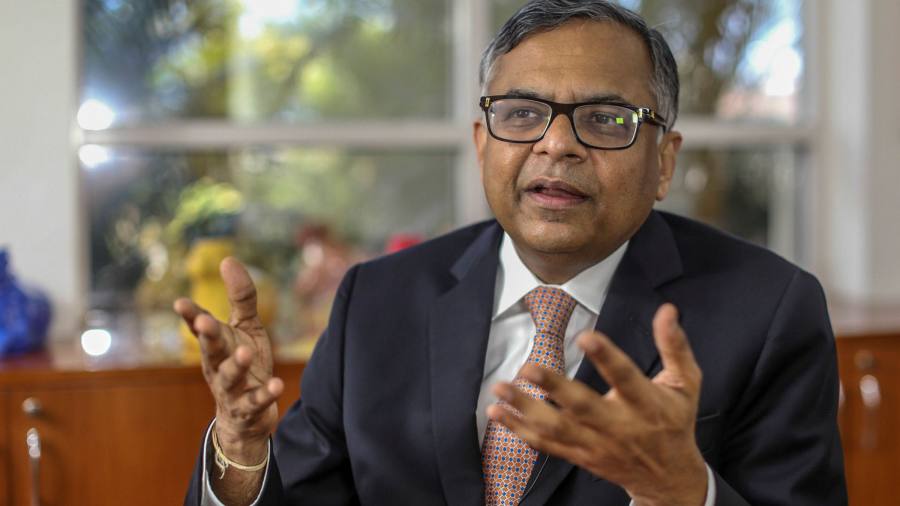