Boris Johnson has insisted for months that Northern Ireland would not be separated from the rest of the United Kingdom after Brexit by new red tape, customs checks and other administrative hurdles.

“There’s no question of there being checks on goods going NI/GB or GB/NI,” Mr Johnson said last December. But on Wednesday Michael Gove, cabinet office minister, revealed this was not true, although he preferred to talk about a new “limited administrative process”.

While Mr Gove’s 20-page “UK approach to the Northern Ireland protocol” does indeed propose the kind of checks Mr Johnson promised to avoid, they are unlikely to be stringent enough to satisfy Brussels. A dispute on the issue looms.

What is the Northern Ireland protocol?

Mr Gove set out in a paper for the first time on Wednesday how the UK intended to implement the so-called Northern Ireland protocol — agreed alongside Britain’s exit deal with the EU last year — which left the region uniquely placed with a foot in both EU and UK customs zones.

Under the protocol, Northern Ireland remains part of the UK customs territory and can benefit from any trade deal struck by the British government after the Brexit transition period at the end of this year — for example with the US — and could therefore have lower tariffs than the EU.

However to ensure there is no return to a hard border in Ireland, the region’s trade with the Republic — and therefore the rest of the EU — is also covered by the EU’s customs code. Northern Ireland will also apply some single market rules to avoid a regulatory border.

The EU insists on customs checks on goods entering Northern Ireland from Great Britain to make sure the right tariff has been paid before they move into the single market via the Republic. Checks are also needed to make sure they meet EU standards, especially on agri-foods.

How is Britain proposing to implement the deal?

On trade going eastward from Northern Ireland to Great Britain, Mr Gove has rejected EU demands that exports be subject to summary export declarations — intended to keep a record of what is entering and leaving the EU customs union.

The principle of “unfettered access” for Northern Ireland businesses selling into the British market will be enshrined in legislation, part of the political deal that re-established the Stormont assembly in Belfast in January.

But Mr Gove accepts that for trade crossing the Irish Sea from Great Britain into Northern Ireland — and therefore potentially onwards into the EU single market across an open land border — there will have to be “minimal” new checks and paperwork, adding to business costs in the region.

What sort of checks are being proposed?

Mr Gove says there will be “no new physical customs infrastructure” in Northern Ireland for goods crossing into the region from Great Britain and that enforcement of customs rules could be partly carried out away from the ports in shops and factories.

To say the EU will need some convincing is an understatement

Customs declarations would be filled in electronically and tariffs would be charged only if goods were heading into the EU single market via the Republic of Ireland or if there were “a genuine and substantial risk of them ending up there”.

Asked where exactly physical customs checks — demanded by the EU — would take place, British officials admit there would be “some capacity” in Northern Ireland ports to carry out checks but that these would be “very minimal”.

Given that Mr Gove has ruled out new customs infrastructure, UK customs officers may find themselves sharing premises with vets and other officials carrying out enhanced checks for the EU on animals and agrifood products.

How has the British plan been received?

The European Commission has welcomed the publication of the plan but has refrained from commenting on it until it has digested the proposals, but Raoul Ruparel, a former Number 10 adviser on Europe, said the response is likely to be cool.

Mr Ruparel said the paper was “an important step forward” but the proposal for customs checks in the market and without new customs infrastructure was “a long way from the EU approach”. He added: “To say the EU will need some convincing is an understatement.”

Stephen Kelly, chief executive of the Manufacturing NI business group, welcomed the proposals. “Their commitment to being pragmatic, delivering light-touch controls to make their deal work will only benefit from a greater level of engagement with the local business community who will have to operate any systems.”

Is the deal time limited?

The document states the protocol would only remain in force for as long as the people in Northern Ireland want it to. A vote on extending it could take place every four years, with the first due in 2024.

Mr Johnson conceded last year that the region was likely to want to keep the status quo:

“Northern Ireland has got a great deal,” he said. “You keep free movement, you keep access to the single market and, as it says in the deal, unfettered access to the UK.”

Mr Gove said Northern Ireland’s ability to have easy access to both the UK and EU markets was “a great prize”, although some have noted that Mr Johnson and Mr Gove are describing the pre-Brexit trading relationship currently enjoyed by the whole UK as part of the transition agreement which expires in December.

Wed May 20 , 2020
LONDON (Reuters) – Rolls-Royce (RR.L) plans to cut at least 9,000 jobs, or more than a sixth of its workforce, in the latest blows to the UK economy and aviation industry dealt by the coronavirus pandemic. The company, which makes engines for planes such as the Boeing 787 and Airbus […] 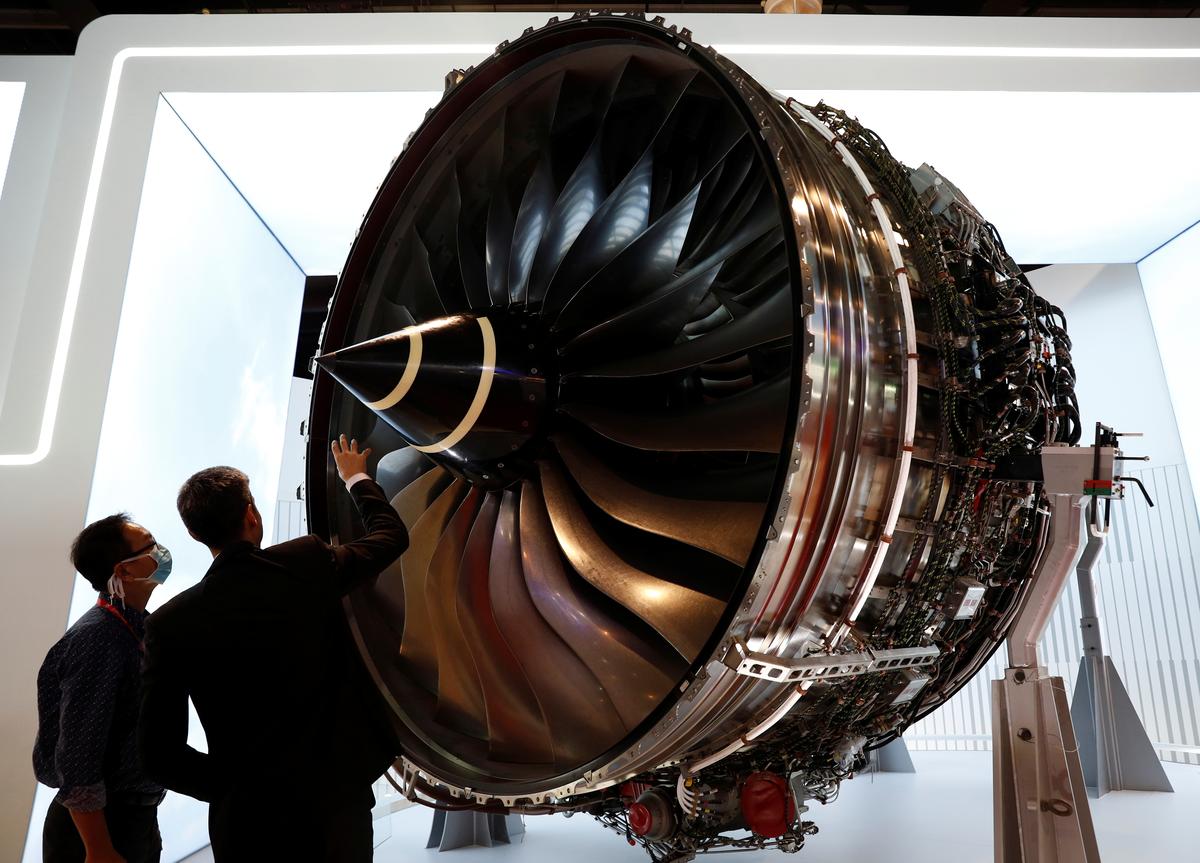