While the British government is still injecting huge amounts of money into the economy to counter the Covid-19 crisis, there is already serious talk about how to pay for it.

Inevitably, tax is on the agenda. All the potential options including possible increases in income tax, national insurance and VAT have their critics. But few raise as many hackles as any suggestion of a wealth tax.

When the FT recently organised a Q&A for readers on this precise point, I expected it to provoke strong feelings. But the reaction was still surprising: there were more than 300 comments on the question “How would a wealth tax work?” That is the highest number received on any of FT’s Live interactive Q&A sessions ever.

As the FT specialist responding to readers, I could only reply to a fraction of comments during the allotted hour. But since then I’ve been mulling over what we can learn from the discussion.

First, to put it mildly, most FT readers are not in favour of a wealth tax. This is in contrast to a recent poll by YouGov which surveyed 1,682 UK adults and found 61 per cent would approve of a wealth tax for those with assets of more than £750,000.

In one sense this isn’t surprising. Most FT readers are significantly wealthier than the average UK adult. Or, as one reader sardonically put it: “Most of those people who said that they support [a wealth tax] wouldn’t be those who would be paying it themselves. Always easy to use other people’s money.”

Does this mean the strong anti-wealth tax feeling, expressed in the comments, boils down to a self-interested desire to avoid paying more tax? Definitely. However, even when this motivation was expressed, it was often accompanied by other views.

“Income tax, NIC [national insurance contributions], VAT, fuel duty, beer duty, stamp duty, CGT [capital gains tax], the list goes on. All of these taxes are paid; why are you so keen on giving away even more of your money to the UK coffers for paying 200K to civil servants for managing supply chains that can’t get PPE from a warehouse to a hospital,” asked one reader.

A number of commentators said they believed both people and governments had a “responsibility to save for a rainy day” and that a wealth tax would “penalise” people who had saved to make provisions for the future. These are people “who have their lives sorted out and who are not a burden on the public purse,” one person told me.

A sizeable minority disagreed. They argued that wealth was not always created or earned through work and savings, but sometimes by inheritance or untaxed gains.

“Money that creates assets has not necessarily been taxed as income at all, quite the contrary,” one reader said. “Most wealth in the Southeast is because boomers bought property 20-30 years ago and have done nothing of economic value to create that wealthy asset.”

“Those who are the poorest disproportionately are taxed the highest proportion of their wealth,” another person wrote. “Those who are the wealthiest, while in absolute numbers are contributing more, the percentage of their wealth going to the government is much smaller. Hence, the impact that taxation has on the wealthy is much less as well. This is neither fair nor sustainable.”

These readers generally say they would be happy to pay more — either as a wealth tax or through increased rates on capital gains or inheritance tax. Some see it as a moral argument . “Tax is also a function of a moral society, such that those who are better off provide a safety net for those fallen on hard times,” said one.

One commentator hit the nail on the head when they wrote: “There is a massive cultural question to address. The UK is the most economical[ly] right-wing country in Europe. We are unlikely to become France.”

These cultural or economic values could explain why the idea of a wealth tax has never got much traction in the UK, although it is collected in four European countries – Norway, Spain, Belgium and Switzerland.

But in Britain a sense that values may be changing in favour of higher taxes is responsible for much of the palpable fear contained within the comments voiced in the FT Q&A. Faced with a Conservative government that has enacted the largest peacetime programme of fiscal support and overseen a massive expansion of public debt, wealthy people are uncertain what that means for the future of the country and their assets.

Readers also said the pandemic had brought into focus the festering economic inequality between the young and the old — an issue that can no longer be brushed aside.

“It is to protect asset-rich, already-retired baby boomers that asset-poor younger people have had to suffer a massive downturn. A wealth tax on those owning expensive properties would be a good way to redress this balance,” said one reader.

A related theme in the comments asked how a wealth tax could be fairly designed to limit evasion while also taking account of those who hold valuable assets but have little cash. France abolished its wealth levy in 2017 partly because it generated little revenue.

These are just some of the issues that would need to be ironed out before any such tax was introduced. It’s unlikely that ministers will yet be drawing up plans for this as they grapple with the daily demands of an economic and health crisis. But there is a growing consensus among politicians, economists and tax experts — as well as FT readers — that the long-term odds of the affluent being asked to pay more have dramatically narrowed.

Wed Jun 3 , 2020
At his farm in the Shropshire village of Middleton Scriven, Richard Yates has been saying goodbye to his cows. After the UK entered lockdown in March, the milk processor Mr Yates had supplied for six years said it would end daily pick-ups, cutting down to every two days to save […] 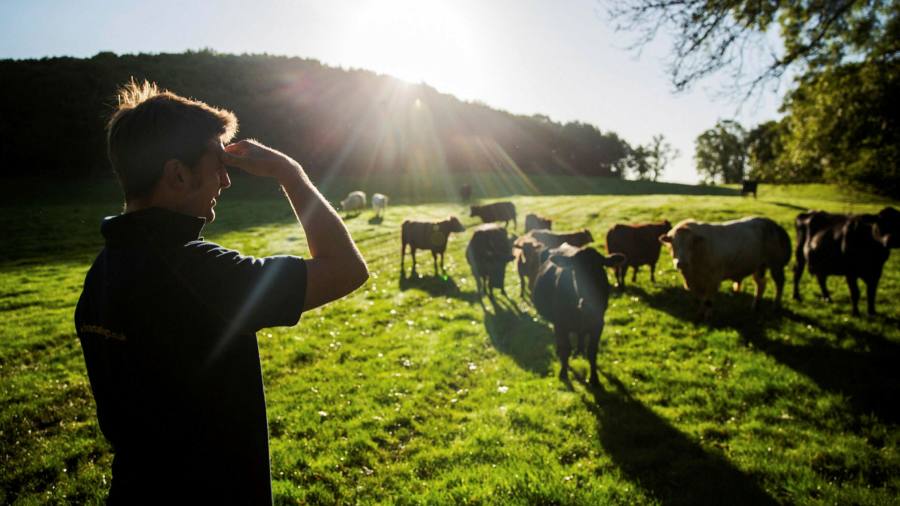