Rishi Sunak has borrowed money faster than any UK chancellor in history. Now he’s worried about his interest bill. “We have so much debt, it doesn’t take a lot for suddenly ‘yikes’ — we have to come up with X billion pounds a year to pay for higher interest,” he […]

Rishi Sunak has borrowed money faster than any UK chancellor in history. Now he’s worried about his interest bill. “We have so much debt, it doesn’t take a lot for suddenly ‘yikes’ — we have to come up with X billion pounds a year to pay for higher interest,” he said at the virtual Conservative party conference this week. This came shortly after speaking of his “sacred responsibility” to balance the government’s books.

But a quick glance at bond markets shows the government’s borrowing costs are a very long way from giving Mr Sunak a scare. Interest rates are negative on bonds up to maturities of six years, meaning investors are willing to pay the UK to borrow for more than half a decade. The Treasury’s debt managers can borrow money for 30 years for less than 0.9 per cent.

The interest rates on bonds where returns are adjusted for inflation paint an even more favourable picture. Investors are swallowing a return of minus 2 per cent on such bonds over the next half century. The very long average maturity of the UK’s debt is a further source of resilience, meaning any rise in yields would take a long time to feed through to the government’s financing costs. The outstanding stock of gilts had an average maturity of nearly 16 years at the start of 2020, far longer than the world’s other major bond markets.

All that suggests a “yikes” moment is, in fact, quite a long way off. Investors, reassured by the Bank of England’s massive bond-buying programme, continue to happily buy UK government bonds at record low yields. Would-be bond vigilantes like Bill Gross — the Pimco founder who in 2010 warned that gilts were “on a bed of nitroglycerine” — are conspicuous by their absence.

Of course, Mr Sunak has to look beyond today’s markets and worry about what might be lurking around the corner. The UK, like all major economies, has run up huge debts during the Covid pandemic. The government’s £221.2bn deficit in the first five months of 2020-21 was 11 times higher than the previous record for the same point in the financial year.

Surely the chancellor is right to suggest that at some point investors will balk at the resulting deluge of bonds and demand higher interest rates? The answer is not necessarily. In fact, those who argue that soaring debt burdens must eventually lead to higher borrowing costs do not have history on their side.

All things being equal, an increased supply of bonds should lead to lower prices, which imply higher yields. But, in fact, the exact opposite appears to be true, according to research by Erik Norland, a senior economist at CME Group. Earlier this year, Mr Norland studied correlations in bond markets around the world going back decades and found that greater borrowing was associated with lower bond yields.

“Historically, an increased supply of debt appears, on balance, to increase bond prices,” he wrote.

That is because increases in the supply of government debt are typically accompanied by even larger rises in demand for it. This makes sense, given that borrowing often expands during downturns or crises which blow a hole in government finances. At such times, a central bank will usually cut interest rates, boosting the attractiveness of bonds, and investors will tend to shun risky assets, preferring the safety of government debt.

The global plunge in interest rates as governments ramped up borrowing this year has further validated Mr Norland’s thesis, he says. That would have been unlikely without the intervention of central banks, which have bought vast amounts of bonds as well as slashing rates to zero. The BoE, for example, has already announced £300bn of bond purchases and is widely expected to do more.

That is another reason that bets on higher interest rates are likely to come unstuck: the sheer scale of government borrowing all but forces central banks to keep a lid on bond yields, according to Mr Norland.

“It may be that bond investors willingly absorb the additional debt supply at low yields simply because they perceive that high debt levels will oblige their respective central banks to keep policy rates low for a long time,” he said.

This logic makes Mr Sunak’s determination to balance the budget look oddly timed. Even the IMF this week called on rich countries to worry less about their public debt and boost public investment. There may be good reasons to cut public debt but pressure from markets is not one of them.

Wed Oct 7 , 2020
Small restaurants are accusing Deliveroo of unfairness and claim the delivery app is charging some large chain restaurants significantly lower commission rates than many small independent partners. They believe in some cases chains are paying roughly half the amount paid by those on the highest commission rates offered by the […] 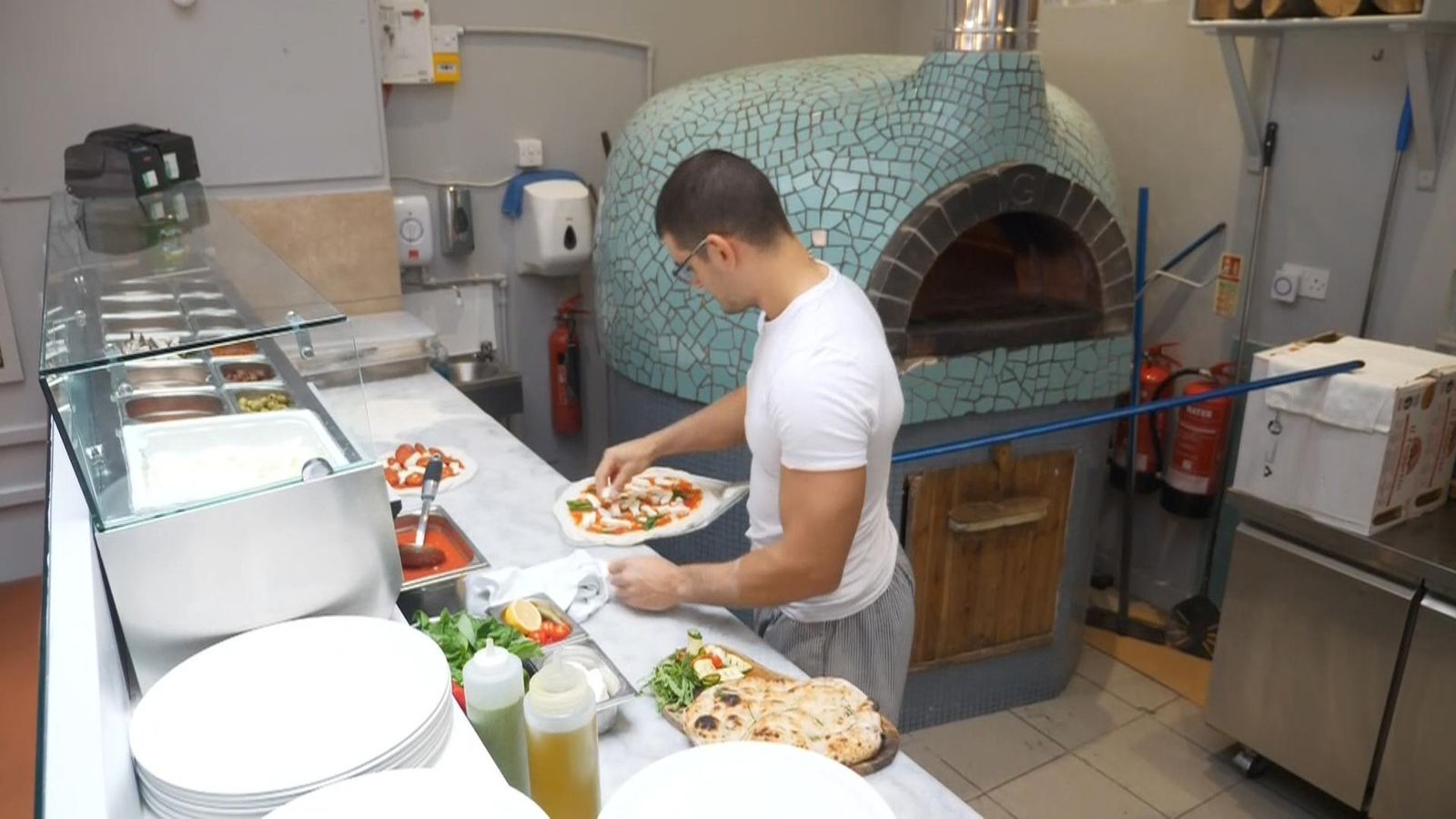