This is a guest post by Simon Gleeson, a partner at Clifford Chance, who specialises in banking and financial markets law and regulation, clearing, settlement and derivatives. In this post he argues more debt is not the answer to helping businesses transition to a post-lockdown world. The banking system will face an over-leveraged real economy, and the result must be the conversion of bank claims on the real economy into equity in that economy.

The simplest way of thinking about a business is as a set of cash flows — cash comes in, cash goes out — and the difference goes to the business owners. During the Covid-19 lockdown cash has, for most businesses, simply stopped coming in. This revenue is not delayed, but cancelled. Production lost during the lockdown is gone for good.

When the lockdown ends, it is hoped that cash inflows will resume. However they will only resume if the business still exists — that is, if outflows continued during the lockdown period. Hence the government’s idea of subsidising banks to advance loans to meet outflows incurred during the period. This is a reasonable emergency measure, but it is terrible corporate finance. A leveraged business which addresses a revenue shortfall by simply increasing borrowings is an MBA case study in mismanagement. Such cases require a recapitalisation with new equity.

One possibility would be for banks to extend financing in the form of equity investment rather than loan finance. However, that seems mad.

Banks are configured to assess credit risk; they are not configured to assess the making of a minority equity investment in closely-held companies. Bank regulation is quite deliberately structured to penalise such investments if they ever do appear on bank balance sheets, precisely because they are regarded as exactly the sorts of thing that highly leveraged institutions should not be doing.

That is, however, how many of these loans will end up. In the aftermath of the lockdown, such businesses will need to be able to direct their cash flows into maintaining and expanding their business, without being required to divert a substantial proportions of that cash-flow towards the repayment of rescue debt.

When a business gets itself into this position, the conventional response is a restructuring. The effect of this is to “cram down” some forms of debt by converting them into equity claims, thus ensuring that they will be repaid out of future profits rather than acting as a drag on current business. Ultimately that is what must happen to much or all of this “rescue” debt.

There is a fascinating comparison here with the 2007-8 crisis. Then the real economy faced an over-leveraged banking system, and the response was the creation of mechanisms which allowed some of the credit claims on banks to be converted through regulatory action into equity in the banking system — a “bail-in”. In the post-lockdown world, the banking system will face an over-leveraged real economy, and the result must be the conversion of claims of banks on the real economy into equity in that economy. We could think of this as a “reverse bail-in”.

There the question is; when these businesses come to restructure their debts, should that process be left to the insolvency courts, or should we have in place an abbreviated administrative procedure which is specific to these loans? I would argue strongly for the latter — these are not ordinary creditors, and it should not be necessary to place an undertaking into formal insolvency to have these particular claims restructured. The solution should be an abbreviated procedure specific to these loans. The terms of the restructuring would require some thought, since a minority equity interest in a closely-held private company is notoriously worthless. However there is plenty of experience in the private equity world as to how to structure investments of this kind; some sort of subordinated debt with an enhanced coupon and a dividend blocker would probably work.

This takes us to the biggest and hardest question — if that is the end of the journey, why do we want this stuff on bank balance sheets now? The answer is that we don’t as, even where it is government guaranteed, it still has the effect of crowding out banks’ capacity for making loans to fund real economic activity. The probable end-game here is the establishment of some sort of government-operated privately-funded investment vehicle to buy these loans from banks and to hold them as investments — Fanny and Freddie in the US are examples, as is KfW in Germany.

If that is right, then it raises the following question: If the end-game is to get these loans off bank balance sheets in order to create productive lending capacity, presumably the faster we get them off those balance sheets the faster that capacity is created? Why not, therefore, start setting up these investment vehicles sooner rather than later? Once everyone knows that these loans are likely to be restructured, what benefit is there in continuing to pretend that they are simply bank loans? The sooner we can get these loans off bank balance sheets altogether, the faster banks can finance the recovery we will so desperately need.

Fri May 1 , 2020
LONDON (Reuters) – Hungarian budget carrier Wizz Air (WIZZ.L) flew into London’s Luton airport from Sofia on Friday, becoming one of the first European airlines to restart routes during the coronavirus pandemic. A Wizz Air Airbus A320 from Sofia, Bulgaria taxis to a gate after landing at Luton Airport after […] 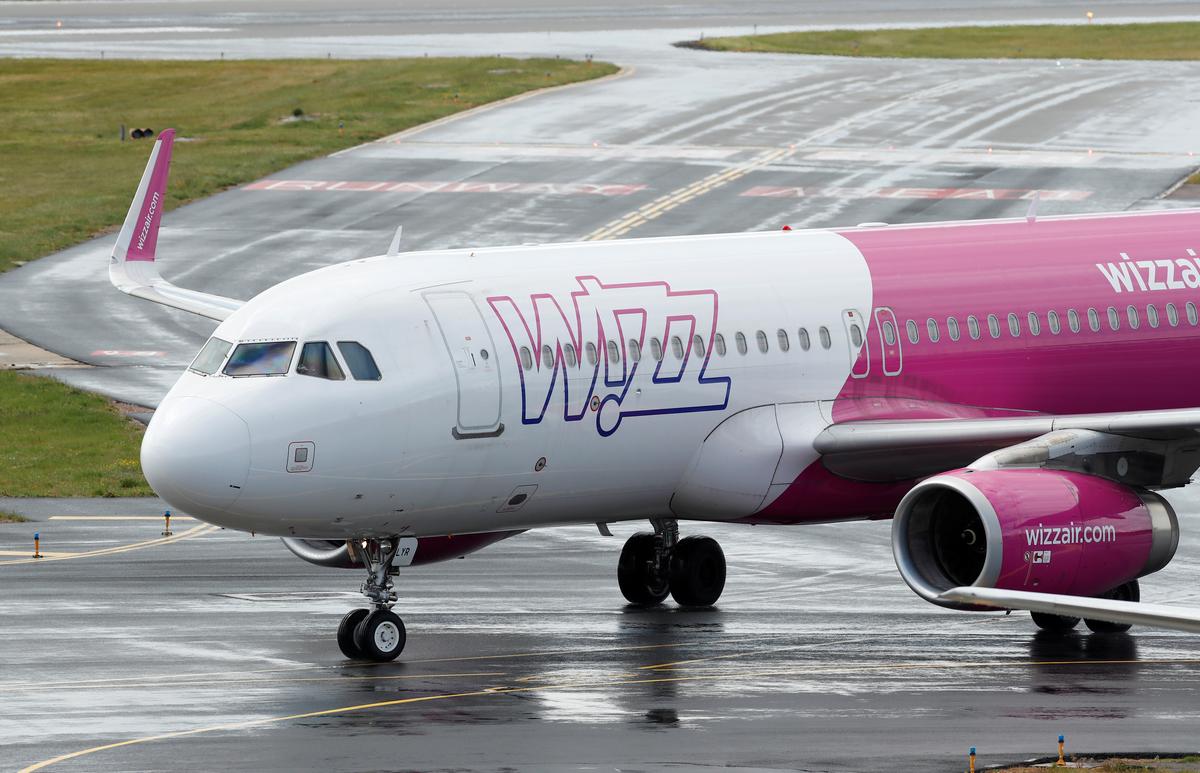