The writer is chairman of Fulcrum Asset Management

The one certain effect of Covid-19 is that government debt ratios in all the advanced economies will remain extremely elevated for a very long time, and much of the debt will be parked on central bank balance sheets. The UK’s inflationary history makes it, and its currency, particularly vulnerable to accusations that the Bank of England is bailing out the government by “printing money”.

The BoE’s leadership is well aware of these risks to market confidence. They have been repeatedly addressed by governor Andrew Bailey and, more recently, by deputy governor Ben Broadbent.

Both have explicitly rejected claims that the BoE is engaged in “monetary financing” of the budget deficit, either now or in the long term. But their messages have not been entirely consistent, and it is tempting to suggest that the Old Lady of Threadneedle Street “doth protest too much”.

Mr Bailey wrote in the Financial Times on April 5 that the BoE was not engaged in monetary financing, which he defined as “a permanent expansion of the central bank balance sheet with the aim of funding the government”. (My italics.)

The extra reserves now on the bank’s balance sheet are needed to hit the inflation target, and “are not being created with the aim of paying for the government deficit”, he wrote.

That seemed straightforward. Yet, on May 13, he told ITV’s Robert Peston that the bank’s gilts purchases had been partly intended to “spread the cost of this thing to society”. This seemed to imply that BoE funding could help the government avoid a prolonged period of fiscal austerity after the pandemic, while acting within the framework of its independence.

Then, on June 22, Mr Bailey said that, if the bank had not intervened in the financial markets at the start of the pandemic, then “in the worst element, the government would have struggled to fund itself in the short run”.

These suggestions that the BoE was aiming to help the government achieve its funding objectives seem to go beyond a strict interpretation of its inflation remit, and brought it near the borderline of its financial stability mandate.

In his latest relevant speech on August 28, Mr Bailey was nuanced on whether the recent increase in its balance sheet would prove permanent, thus meeting his initial test of whether it constitutes monetary financing. He said this was under review and the bank wanted to keep all its options open.

He made the point that the BoE’s immediate intervention to restore liquidity to the financial system, acting as a market maker of last resort, might be reversed. But that action would create room for future similar actions that would need to “go big and go fast” in an emergency. Doing that might leave this element of the balance sheet rather large on average during the economic cycle. Mr Bailey also hinted that the remainder of the balance sheet, which mostly reflects quantitative easing, might prove long lasting.

All this suggests that the BoE might hold record quantities of government debt, effectively financing the government, into the indefinite future.

This differs from the bank’s strategy in the past decade, which was to reverse QE, in whole or in part, once interest rates had normalised.

An important September 2 speech by Mr Broadbent attempted to clear any confusion. He said the BoE should always explain “why its actions are necessary for meeting the inflation target, and nothing else, during this episode”. (My italics.) In his view, provided this was the case, gilts purchases by the bank should not be labelled as “monetary financing”.

Mr Broadbent showed that high levels of public debt in UK history were neither a necessary nor a sufficient condition for high inflation rates nor bond yields. Instead, he argued that maintaining the credibility of the “nominal” framework for controlling inflation had always been decisive. However, he warned that in many other countries, high public debt ratios — combined with central bank monetary financing — had frequently triggered very high inflation, and currency or government financing crises.

In my view as long as the contractionary and disinflationary effects of the pandemic are prevalent in the major economies, central bank financing of extraordinary government debt ratios is entirely justified and is likely to underpin low but positive returns in equities and credit.

A sudden debt and sterling crisis, which would be catastrophic for returns on UK assets, may seem a remote possibility. But so did a global pandemic a year ago. The public sector balance sheet has now taken on a new shape, where accidents could happen.

This requires careful and sober management. Clear, consistent messages from the BoE are a critical requirement for maintaining financial stability. 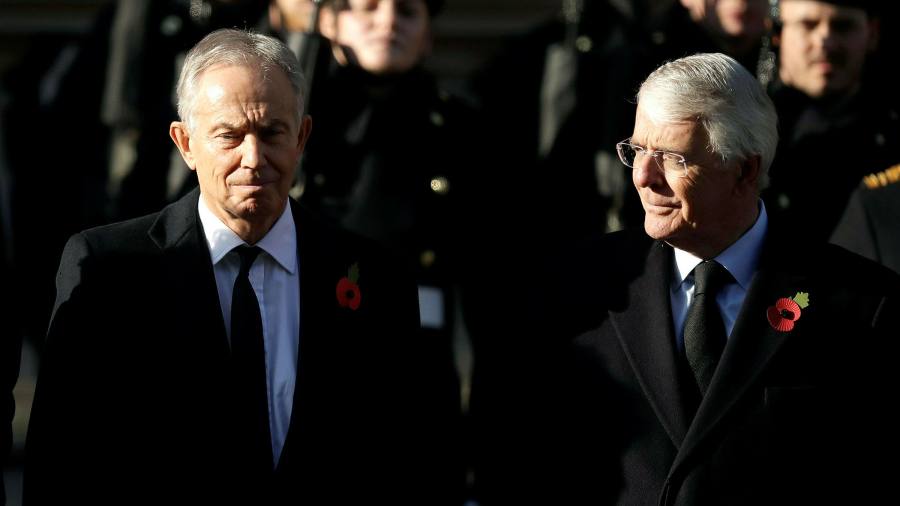