The British government on Thursday set out plans for a new UK internal market after Brexit, but was immediately accused by Scottish and Welsh political leaders of destabilising the constitutional settlement between the four constituent nations.

British ministers said plans for a UK internal market bill, set out in a 100-page white paper, were designed to enable the “seamless functioning” of commerce between the four nations.

With Brussels no longer setting rules following Britain’s departure from the EU, UK business secretary Alok Sharma said the legislation was necessary to give business the “regulatory clarity and certainty” it needed.

But leaders of the devolved administrations warned that the move was a “power grab” by the UK government that could shrink their existing powers and see England in effect forcing Scotland and Wales to accept lower standards in areas including food and the environment.

Why are the devolved administrations angry with the UK government plans?

Despite government assurances that “hundreds” of policy areas will be repatriated from Brussels to Edinburgh, Cardiff and Belfast, the devolved administrations believe the proposed UK internal market “overseen” by the British parliament encroaches on powers previously handed to them.

Nicola Sturgeon, Scotland’s first minister, said the UK government was seeking to “ride roughshod over the powers of the Scottish parliament”, while Jeremy Miles, the Welsh minister for European transition, said in a July 7 letter to Mr Sharma that the proposals would “undermine devolved competence”.

Their joint complaint is that by using primary legislation to create a single UK internal market, with “mutual recognition” of products across all four nations, Scotland and Wales — being far smaller countries — will in practice have no choice but to adopt English standards.

What has the internal market got to do with post-Brexit trade deals?

The Scottish National party administration in Edinburgh fears the British government will strike a post-Brexit trade deal with Washington that will allow contentious products like chlorinated chicken into the UK market — something ministers in London deny.

This will mean a reduction in standards in one part of the UK driving down standards elsewhere.

“This will mean a reduction in standards in one part of the UK driving down standards elsewhere,” said Ian Blackford, SNP leader at Westminster.

“We know how desperate this government is to sell out on food standards in return for a US trade deal.”

The white paper is vague about the crucial question of how any UK market rule changes agreed as part of trade deals will be handled, saying only that the government will “build on precedent” to create “effective mechanisms”.

Nicola McEwen, professor of territorial politics at Edinburgh university, said the proposals had the potential for far-reaching effects on the UK’s devolution settlement, but they were vague. “There’s a lot of detail missing,” she added.

Daniel Wincott, professor of law and society at Cardiff university, said that the British government was in essence rejecting a consensual, “bottom-up” approach of handling internal market differences in favour of top-down legislation.

“Even if, as a matter of principle, devolved governments were free to regulate in many areas, in practice the envisaged system of ‘mutual recognition’ would bite much harder in Wales than in its much larger English neighbour,” he added.

What is business saying about the British government’s proposals?

Business leaders and industry groups are clear that trading between the four nations of the UK must not come with additional barriers or costs after the end of the Brexit transition period in December.

But Adam Marshall, head of the British Chambers of Commerce, warned of the risk of trade matters becoming politicised in a damaging way. “As these proposals progress, business communities will want practical considerations — not politics — at the heart of the debate,” he said.

Why are UK ministers wanting to have control over state aid?

The British government believes it is a necessary move to provide legal clarity on a “level-playing field” between the UK’s four nations when industrial subsidies are no longer set in Brussels — a position rejected by the Scottish and Welsh administrations.

James Webber, an antitrust partner at the law firm Shearman & Sterling, said the move was logical since there could never be any “English” tariffs levied in retaliation against unfairly subsidised Scottish goods.

But the devolved administrations, while accepting the need for a coherent UK-wide regime, argue that a consensual approach that gives equal weight to the views of all four nations is the way forward.

How will Northern Ireland participate in the internal market?

The government said it will protect Northern Ireland’s “rightful and essential place” in the UK internal market.

However it admitted that the Northern Ireland protocol that Boris Johnson negotiated in his withdrawal agreement with the EU, to avoid the return of a hard Irish border after Brexit, meant that goods being placed on the market in the region would have to follow the bloc’s rules and standards.

Ultimately, how Northern Ireland fits into the proposed internal market will depend on negotiations currently taking place in Brussels on the implementation of the protocol and the extent to which the UK “diverges” from EU rules as a result of future trade deals.

With the white paper published, what happens next?

The British government, noting the UK is a “unitary state”, plans to table the UK internal market legislation this autumn, before the end of the Brexit transition period. The devolved administrations have already indicated they will not support the bill.

In his July 7 letter, Mr Miles warned that the bill was “highly unlikely” to receive legislative consent from the Welsh assembly, while the Scottish constitution secretary Michael Russell has promised to fight the plans in “every possible way, including in the courts”.

With ultimate power resting at Westminster, where Mr Johnson’s Conservative government has an 80-seat majority, the British government can force the plans on to the statute book — but at what cost to the unity of the UK?

A reticent consumer rings a note of caution

Thu Jul 16 , 2020
An important consideration for gauging the tone of the coming global economic recovery hinges on when consumers and businesses really start spending. Where the rubber meets the road for consumers is the outlook for employment and a rising toll of lay-offs in many countries does not bode well in this […] 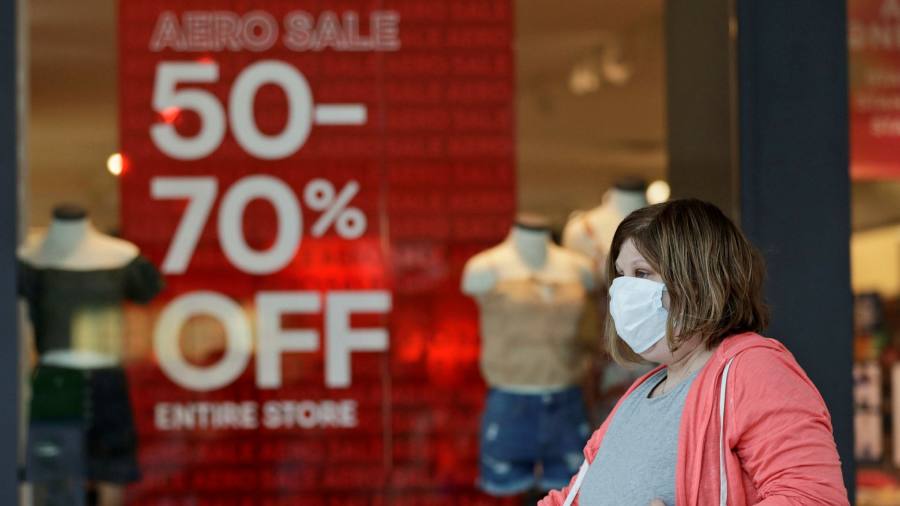