Andrew Bailey set his stall squarely against imposing negative rates when he became Bank of England governor in March. “On the whole, negative interest rates, no . . . it is not an area I would want to go to,” he told MPs.

Only a week ago, the governor was still holding the line, saying that negative rates were not something the central bank was “planning or contemplating”. But since then, the BoE has pivoted, and is now contemplating negative rates and planning how they might be implemented.

First, Andy Haldane, chief economist, said last weekend that the matter was being discussed internally with “greater urgency”; then Silvana Tenreyro, an external member of the bank’s Monetary Policy Committee, said negative rates had a “positive effect” in other countries. Finally the governor admitted on Wednesday that the policy was now under “active review”.

The BoE wants to stimulate spending to boost a recovery. With official interest rates already at a historic low of 0.1 per cent, it cannot cut rates further without pushing them into negative territory.

The core idea would be the same as any interest rate cut: banks being charged to deposit money at the BoE would have more incentive to lend than leave funds on deposit. To the extent that these rates were passed on to companies and households, there also would be a greater incentive to borrow and spend rather than save.

But Mr Bailey was clear that crossing the zero boundary to a negative rate was not a normal reduction. “It is not a linear move from where we are today to a negative rate,” he said, adding that the BoE would need to consider how pushing rates below zero would affect the structure of the financial system, how banks would pass on BoE rates to their customers and the effects in other countries where negative rates have been used.

WHAT ARE THE RISKS OF NEGATIVE RATES?

A growing concern among central bankers is that there is a level of interest rate — termed a “reversal rate” — below which any further cuts curtail consumption and investment rather than stimulate spending.

Traditionally, economists have feared that negative rates might prompt bank customers to hoard banknotes in vaults rather than paying an interest charge on deposits, but this fear has receded as negative rates have been put into practice across Europe and Japan.

Instead, there are now worries around banks’ profitability. Since most do not charge a penalty interest rate on deposits where negative rates have been imposed, there are fears that with deposit rates stuck at zero while interest rates on loans came down, profits would be cut, along with banks’ willingness to take risks

An additional concern is that people might want to preserve the value of their savings so they might actually spend less and save more when interest rates fall below zero.

Allan Monks, UK economist at JPMorgan, said a key domestic concern was that “the policy would not be suitable for the UK given the reliance of building societies on deposit finance”.

EXPERIENCE IN OTHER COUNTRIES

The European Central Bank’s latest assessment of negative rates in the eurozone has been broadly positive. It found that negative rates of 0.5 per cent eliminated the perception that the central bank had run out of monetary ammunition, and encouraged investment and bank lending — partly because separate cheap financing of banks by the ECB had encouraged lending at the same time as rates were moved negative.

The ECB also found that households and companies had not shifted money holdings into banknotes in vaults, and the increased economic activity had, in the end, strengthened banks’ balance sheets because the economic circumstances had improved.

But while the ECB said that negative rates “benefit the macroeconomic outlook and price stability”, staff cautioned that the positive effects might not last if negative rates became entrenched.

Sweden in December reversed the negative interest rates it had had in place since 2015 to zero, arguing they were a success in stimulating the economy and restoring inflation back to the target rate. In April, the Riksbank left its rate at zero, saying the lockdown was not the time to go negative again. But it added that it did not “rule out the possibility of a rate cut at a later date” during the recovery from coronavirus.

WHAT WILL THE BOE DO NOW?

The central bank is reviewing its toolkit and most economists expect it to place negative rates in its armoury without imposing them soon.

Adrian Paul, UK economist at Goldman Sachs, said the problems of building societies and bank profitability could be overcome with a careful design of negative rates, but other measures would probably be imposed at the MPC’s June meeting because there was still a need to ensure the gilts market could support the vast quantities of borrowing the government was undertaking.

“We continue to think that the scale and composition of BoE asset purchases are more likely to be the next instruments deployed by the MPC, especially in a context in which fiscal policy is the first mover,” he said.

Any review of negative rates by the BoE would take time and Mr Bailey also said the bank would need to think hard how to explain negative rates to the public. The policy seems most likely to be deployed once the lockdown is lifted and there is a general desire to remove caution and stimulate much more spending.

Simon French, chief economist at Panmure Gordon, the investment bank, said that even then the central bank would need some persuading to take the plunge. “My reading at moment is the evidence hasn’t shifted markedly in recent times but the BoE is keen to leave its options open,” he said.

Americans splurge at Walmart, Target as stimulus checks kick in

Thu May 21 , 2020
FILE PHOTO: Caution tape hangs at the entrance of a temporarily closed Walmart store, where a number of employees tested positive for the coronavirus disease (COVID-19) and one employee died, in Quincy, Massachusetts, U.S., May 5, 2020. REUTERS/Brian Snyder/File Photo (Reuters) – The Trump Administration’s coronavirus relief payment provided a […] 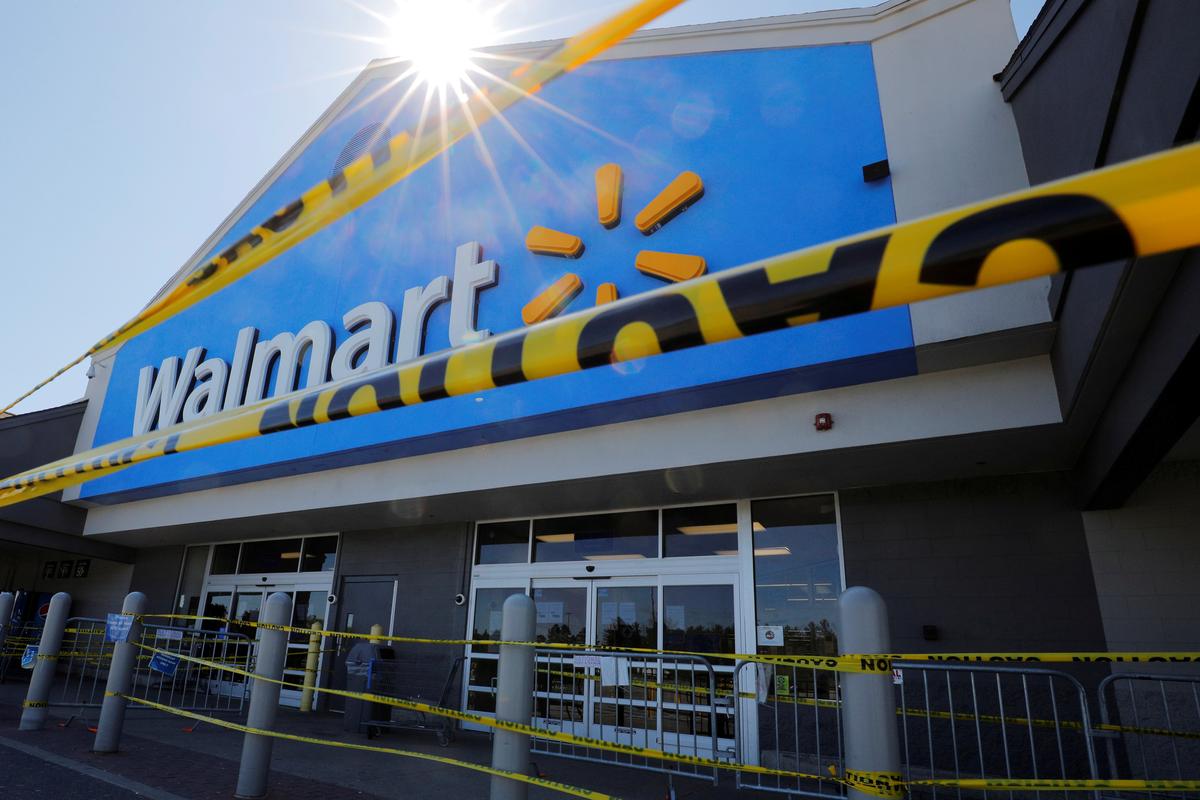