This is year zero for industrial policy in the UK. The government’s response to Covid-19 has been to intervene in business on a scale that would have been unimaginable a few months ago. It has also led Conservative ministers to speculate about what it might take to create a diagnostic sector to match that of Germany and to buy a share in a bankrupt satellite business for $500m — initiatives that would have seemed like heresy until recently. At the same time, Brexit is throwing decades of regulation and business practice in the air, and leaving big questions about the future shape of state aid.

The immediate priority for policymakers is to push back against the threat of mass unemployment. But what will be needed before long is a set of guiding principles that will help set the political and economic framework for business in this new environment.

That is what David Sainsbury aims to provide with a broad range of ideas based on his own experience in industry and government, and on an analysis of the part policy has played in the economic success of a number of countries around the world. His starting point is that the engine of economic growth is innovation, by which he means not just technological advance but also new business practices and processes. Innovation drives up the level of value added output per capita in the workforce, which in turn is the basis for improved wages and standards of living.

Entrepreneurs have to take the lead, but government help is required — not to direct a company’s strategies, but rather to help it develop the capabilities it will need in order to succeed. Innovation requires many inputs that are the responsibility of policymakers, including education and skills and investment in the kind of technologies that might be too risky for individual companies to bear. Sainsbury cites three examples of such success stories: the Taiwanese electronics industry, DRAM chips in South Korea and the world wine industry, where new production techniques and changed industry structures provided great windows of opportunity for winemakers first in the US and Australia, and then in less developed countries.

In his view, the UK’s loss of competitive advantage in the world has not been the result of market failures or any of the other arguments that neoclassical economists like to advance. Rather, it is down to weaknesses in three important areas, all of which are shaped in part by government policy: education and training, innovation systems, and an approach to corporate finance and governance that has discouraged technological and organisational progress. One result has been the steep decline of the manufacturing sector, a major weakness given its potential contribution to high value exports and productivity growth.

The conclusion is that governments should not support individual companies or try to take entrepreneurial decisions. But they do need to take a long-term view, and have a shared understanding with industry on the source of competitive advantage. That has obviously been the story in, say, Singapore or North Carolina. But the book also cites less familiar examples, such as the efforts by Edward III in the 14th century to develop local wool-cloth manufacturing.

What are the chances of this happening in the UK today? Not high, to judge by the experience of recent decades. Sainsbury sets a number of conditions for success. They include a consistent approach to technical education and training, where there have been 28 major pieces of legislation since the 1980s with no apparent benefits in terms of quality. A whole series of changes in regional policy has failed to create a structure to which relevant powers of central government could sensibly be devolved. UK governments have long been hopeless at cross-departmental working: the most impressive feature of the Department for Business, Energy and Industrial Strategy — which would be a key player in Sainsbury’s ideal world — is probably its name.

Still, this is a government that likes to present itself as radical in thought and action. One way or another, it is going to have big decisions to make about industrial policy in this new and very different world. This book should go on its reading list.

Mon Sep 7 , 2020
The British government is planning legislation that will see it undermine key elements of last October’s Brexit withdrawal agreement. The move threatens to derail the current EU-UK trade negotiations, which resume in London on Tuesday. Brexiters fear that the withdrawal agreement, which includes a protocol to avoid a return to […] 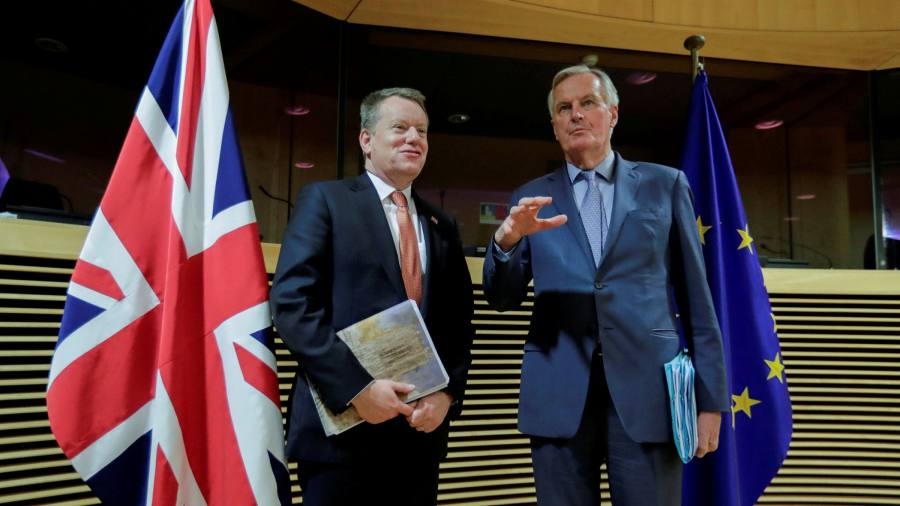