When Ian Brookfield was elected to lead Wolverhampton council a year ago, he had big dreams for the small city, which was starting to recover after years of post-industrial decline.

The former nurse talked about refashioning the central shopping district with new businesses “bustling” into the night. Developers were taking note and there were the beginnings of a spillover from Birmingham, the city’s fast-growing neighbour, the UK’s second-largest city by population.

Today, as coronavirus sweeps Britain, those dreams are on hold. “We were starting to get into a place where we could see a bright future and then this came along,” Mr Brookfield said, adding that there had been £4.5bn of investment lined up. Then “the world fell on its head”.

Wolverhampton has a population of 270,000 and sits at the heart of the West Midlands, a region where the second most serious outbreak of the virus in the UK — after London — is under way.

The shock the city is experiencing goes to the heart of what many experts are now warning: that far from being the great leveller, the virus — and the lockdown the government has imposed to stem its tide — are liable to hit disproportionately the most vulnerable communities, where public sector cuts have bitten deep over the past decade.

“Those places in more difficult circumstances went into the pandemic with services already under pressure and therefore their ability to respond is probably going to be more constrained,” said Andrew Carter, chief executive of the Centre for Cities, a think-tank.

He added that this risks exacerbating the very inequalities that the Conservative government set out to address after winning seats in traditional Labour strongholds in the north and midlands in December’s election.

Wolverhampton went into the pandemic with unemployment stubbornly high, at 8.2 per cent of the economically active population — twice the national rate — and incomes for those in work well below average.

In a report released last week by the Centre for Progressive Policy, a think-tank, the city — alongside nearby Walsall, Dudley, Sandwell and Birmingham — also ranked among the most exposed in the country in terms of systemic risk from coronavirus. The rankings weighted healthy life expectancy, underlying health problems within the population, and existing pressures on health and social care systems in an effort to highlight where resources may be needed most.

“All of these West Midlands places are going through the storm right now,” said Ben Franklin, the CPP’s head of research.

A cluster of coronavirus infections showed Wolverhampton to be an outlier over a month ago. As of Sunday there had been 202 deaths out of 558 confirmed cases in the area.

“We all know people who either have got the virus or who have suffered bereavement,” said Nazira Karodia, vice-chancellor for regional engagement at Wolverhampton university.

She is coordinating the university’s community response to Covid-19, part of a massive effort by local institutions, businesses and charities to support the NHS, manufacture PPE, and provide food and other supplies to those sheltering with chronic health conditions.

Many organisations in the area are helping in the effort to battle the virus. Cadbury, the confectioner, is using 3D chocolate-making technology to produce medical visors; Rolls-Royce and Aston Martin are making intubation shields for NHS workers instead of car parts.

Even local politicians from both Labour and the Conservatives have laid aside their differences and are working hand in hand.

“We have turned over the whole council to help the 33,000 (identified by GP practices as the) most vulnerable people in the city,” Mr Brookfield said.

But there are already fears for the area once the lockdown lifts, with big worries about the future of jobs in the regional aerospace, brewing and automotive industries. Meanwhile, some small business owners nearing retirement are shutting down prematurely as a result of the crisis, rather than facing the prospect of building up businesses again.

“Some time we will come out of this and there will be a future we have got to look at and it will not be the same,” Mr Brookfield said.

Despite government initiatives to support wages with subsidies for furloughed workers, people in Wolverhampton are falling through the cracks.

Tom Hayden, the head of operations for the Good Shepherd Ministry, a charity that helps the homeless, said that last year about 10 to 20 new people would register for food and other support each month. Now, as incomes shrivel, around five newcomers are turning up each day.

“There is this wide group of people falling into hardship. It’s new faces,” he said.

Although his 13 staff are stretched to the limit, they have an abundance of food to hand out, thanks to the generosity of local businesses, including Wolverhampton Wanderers football club. Rough sleepers are also being housed in hotels on government orders.

“We have enough resources to get through the lockdown and outbreak. But my real worry is I can see demand growing for God knows how long,” he said, adding: “Wolverhampton has always had high levels of poverty and health inequality. Any further drops in living standards will really impact people struggling already.”

Pat McFadden, Labour MP for the south east of the city, said something like a Marshall plan for working class communities may be needed when the lockdown lifts, in what will prove to be a test of the British state’s commitment to national cohesion.

“Two of the huge questions coming out of this will be how do we get the economy going again and create wealth and growth. The second is how do we make sure that it is distributed fairly,” he said.

He and others in the city recognised, however, that they would find themselves among many other places crying out for resources.

“Areas like ours do need much greater investment in healthcare, education and poverty reduction,” said Prof Karodia. “But we realise that the ask of government is going to be coming from every direction.”

Tue Apr 21 , 2020
The volume of new court claims filed in the commercial courts fell by 50 per cent in the run-up to Easter compared with the same point last year, in a sign companies are holding back from launching expensive court battles during the coronavirus pandemic.  The outbreak has taken a drastic […] 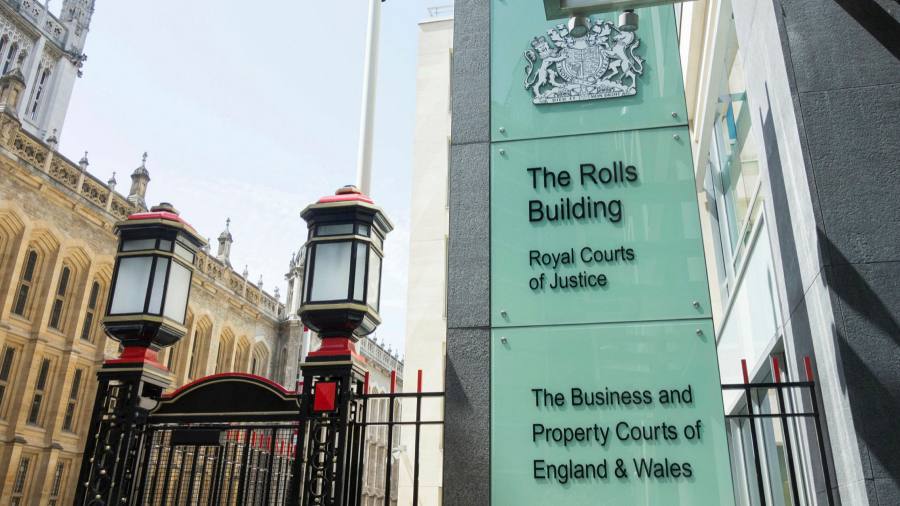