WASHINGTON (Reuters) – The World Bank is seeing “a huge willingness” on the part of official bilateral creditors to suspend debt payments by the world’s poorest countries so they can focus on fighting the coronavirus pandemic, a top Bank official said on Monday.

World Bank Managing Director Axel van Trotsenburg said the Group of 20 major economies and the Group of Seven (G7) had been largely supportive of a call by the World Bank and International Monetary Fund for a temporary halt in debt payments. “Everybody understands that we need to help the poorest countries. There is a huge willingness – as in nobody is questioning that, absolutely nobody,” he told Reuters in an interview. “I think we are in a good place to move forward.”

Finance officials from the G7 and G20 countries are due to discuss the debt relief issue this week. Two sources familiar with the process said details were still being finalized, but they expected the G20 countries to back a temporary suspension of debt payments.

World Bank President David Malpass said last week he expected a “broad endorsement” of the proposal by the 25-member joint Development Committee of the World Bank and IMF on Friday.

The World Bank and the IMF first issued their call for debt relief on March 25.

The initiative won significant backing over the past week, including from Pope Francis and the Institute of International Finance, which represents over 450 global banks, hedge funds and sovereign wealth funds.

The proposal calls for China and other big creditors to suspend debt payments from May 1 for International Development Association (IDA) countries that are home to a quarter of the world’s population and two-thirds of the world’s population living in extreme poverty. With a combined gross domestic product of around $2 trillion, these countries face official bilateral debt service obligations of $14 billion through the end of 2020, the World Bank estimates.

Van Trotsenburg said the World Bank had already approved $2.1 billion in emergency funding for 31 countries to respond to the COVID-19 crisis, with decision on 40 more expected this month.

He said it was crucial that commercial creditors also support the debt relief effort for the poorest countries, which have also seen massive outflows of capital in recent months, and a sharp drop-off in remittances by citizens living overseas.

“This is a global problem affecting everybody. Unless everybody acts, it will not add up,” van Trotsenburg said. “That means every institution has the obligation to see what can it mobilize to the best of its ability, and to be fast.”

The first step was suspending debt payments to enable the poorest countries to respond to the pandemic, van Trotsenburg said, but it was also critical to look at the longer term impact of the crisis on those countries’ debt sustainability.

“This crisis is creating a very undesirable disruption of the path (toward achieving the Sustainable Development Goals) and we need to make sure that that is not reinforced by unsustainable debt,” he said.

Mon Apr 13 , 2020
The government is pressing on with releasing guidance for a new points-based immigration system, prompting complaints from business groups that say the coronavirus crisis has made the incoming regime irrelevant. Firms responded on Thursday to the release of an “introduction for employers” to the system, which is scheduled to replace […] 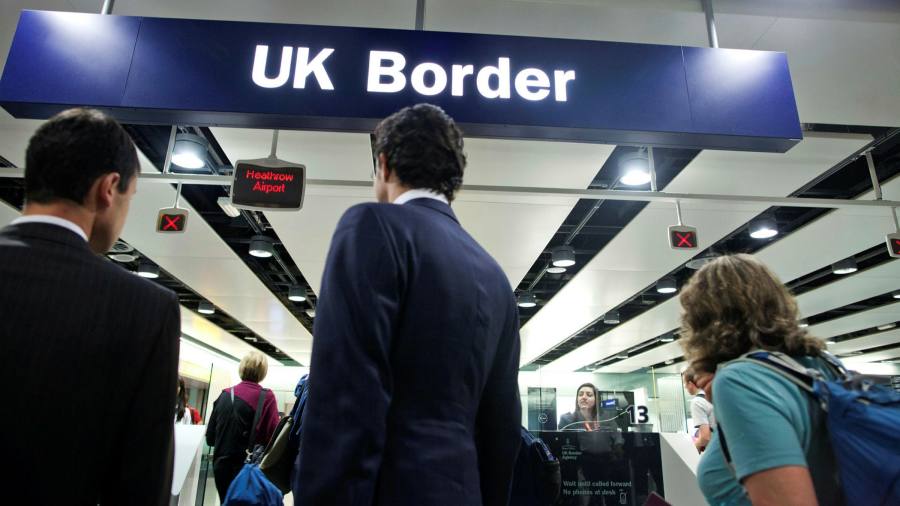