The problem is both extensive and urgent. Within months, the UK government will start dismantling the schemes it put in place to help small businesses through the Covid-19 lockdown. The loss of all those cheques for furloughed employees is bad enough, let alone the end of tax deferrals. But there […]

The problem is both extensive and urgent. Within months, the UK government will start dismantling the schemes it put in place to help small businesses through the Covid-19 lockdown.

The loss of all those cheques for furloughed employees is bad enough, let alone the end of tax deferrals. But there is worse to come next spring, when the state starts demanding the repayment of the loans it has guaranteed (£46bn now and rising), which more than 2m smaller businesses are expected by then to have taken out to help eke out their cash flows.

Most of these companies have little cash to draw on. As they emerge from the corporate equivalent of an induced coma, roughly one in five have less than a month of reserves left. Meanwhile, the recovery is slow and hesitant. Last week’s figures show that the UK’s gross domestic product grew only 1.8 per cent in May — a third of the expected rate.

This has set the stage for a slew of corporate failures. The Office for Budget Responsibility has produced some chilling estimates: in the worst case, up to £35bn of the money lent may be lost.

How best to navigate this financial minefield? The chancellor, Rishi Sunak, has had a good crisis so far, winning plaudits for his willingness to mobilise public funds and use them to protect jobs. But his choices this time round are awkward. With the loan schemes, there are only really two practicable outcomes: forgiveness and forbearance. Two-thirds of the government debt predicted to be problematic is with tiny companies, whose scale and number precludes options such as a wide-ranging restructuring scheme that would swap debt into equity en masse.

The chancellor has sought advice from TheCityUK, a lobbying organisation for the financial services industry. Its suggestions, delivered last week, are a mish-mash of the two. For instance, small companies would swap their debts for a tax-like liability under its proposals, with repayments being linked to a company’s ability to pay rather in the manner of student loans.

This process of means-testing clearly provides some forbearance. But as insolvency has the impact of relieving this liability, it’s quite possible that many business owners may seek a form of forgiveness that way.

Forbearance may sound like the banks’ game of “extend and pretend” — a way of dodging hard decisions. But outright forgiveness is hard to justify, especially to those many taxpayers that do not own companies. It is also politically risky, given the many uncertainties about the direction and dynamism of the economy. Imagine a vaccine was discovered just after the write-off. Mr Sunak would face a flaming for having given so much value away.

Critics of forbearance worry that it will create “zombie companies”, that have not the wherewithal to invest and will thus slow down the recovery. They would prefer more emphasis on “creative destruction”, letting businesses fail on the theory that this would encourage the redistribution of assets into more dynamic and innovative hands.

In the present environment though, this is a misplaced sentiment. As the economist Andrew Smithers points out, creative destruction does not work in a downturn. “The resulting rise in unemployment depresses demand even further [as] those who lose their jobs cannot find new ones,” he writes.

Far from presiding over a mass liquidation, the state should be seeking the most efficient ways of protecting smaller companies by doing what it can to lower default risk across the whole sector, including for those healthier businesses that may not have taken out government-guaranteed loans.

Most of the existing plans focus on fiscal action. But if forbearance is the aim, with a dash of forgiveness to protect companies in a still very shaky environment, would it not be equally valid to employ monetary policy?

One option might be for the Bank of England to consider dual interest rates, lending to banks through a special scheme such as the Term Funding Scheme at substantially negative rates (eg minus 3-4 per cent), to finance a period of zero rates for targeted borrowers, such as smaller businesses. Interest and repayment holidays would in effect banish default risk for almost all businesses apart from those that are fundamentally unable to pay their way.

Mr Sunak’s immediate challenge is ensuring that the small business sector does not experience a sudden collapse. As TheCityUK points out, the consequences would be awful. Some 780,000 companies employing 3m people would be at risk, many of them in parts of the UK the prime minister Boris Johnson has promised to “level up”.

The aim must be for the chancellor to keep as many of these companies ticking over as best he can in the hope of recapturing some of the imperilled value when the economy recovers — especially for those larger SMEs that are responsible for most of the investment and dynamism in the sector. That may require equity injections. In the meantime, Mr Sunak might usefully give some thought to a root cause of this problem: the longstanding failure of the UK to provide long-term capital for smaller businesses.

MPs call for crackdown on advisers behind unlawful tax avoidance

Sun Jul 19 , 2020
A cross-party committee of UK MPs has called for an overhaul of sanctions faced by financial advisers who promote unlawful tax avoidance schemes.  The group, including several former ministers and led by Labour’s Margaret Hodge, wants the law changed so that it would be easier for tax lawyers, accountants and […] 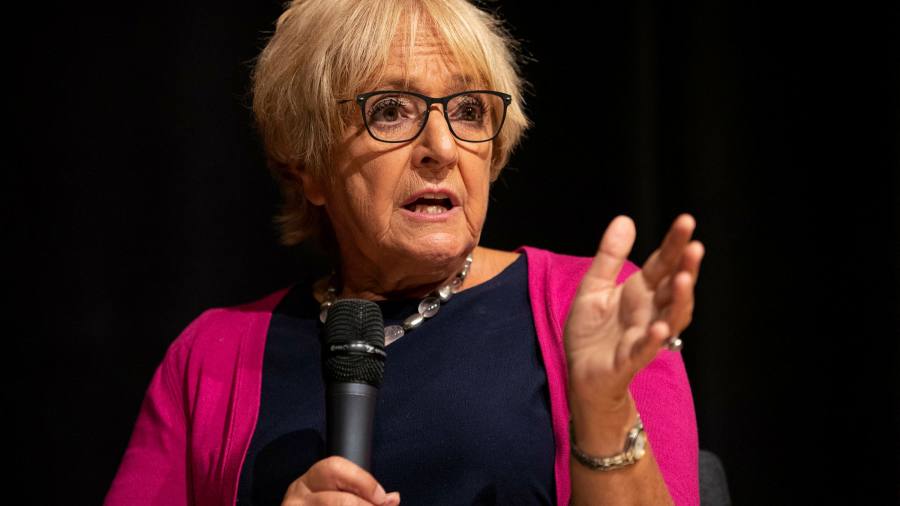